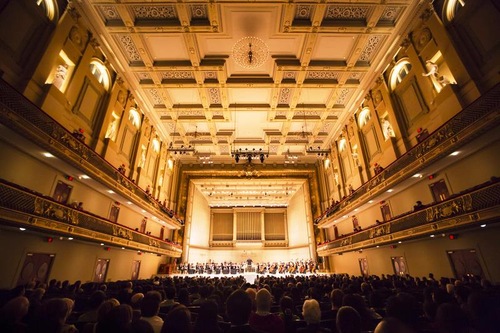 On the night of October 9, 2013, Shen Yun Symphony Orchestra graced the stage of Boston Symphony Hall and led the audience on a musical journey with original compositions as well as Western classics. The performance ended with four encore pieces per the demands of the audience.

This was the Orchestra's third stop of its tour in the 2013 – 2014 season. Like the Kennedy Center and Carnegie Hall, the Boston audience responded enthusiastically with warm applause and a 10-minute standing ovation. 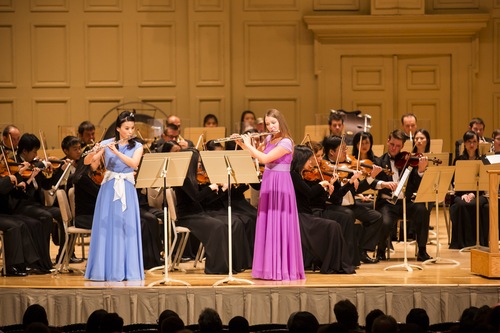 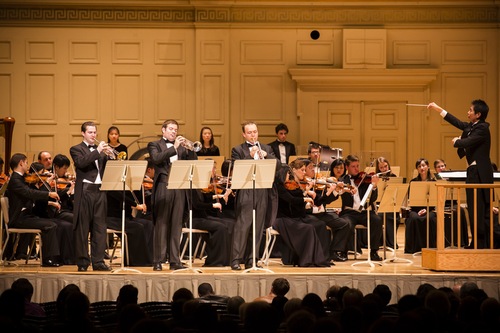 Staff at the Hall were impressed by the Orchestra. Before the end of the performance on October 9, the Hall's events manager told a representative of the Falun Dafa Association of New England, presenter of the show, that they hoped to reserve a weekend schedule for the Orchestra to perform again in 2014.

David Grahling has worked at the Boston Symphony Hall for six years. He said that many people from music academies in Boston had come and that he had obtained rave reviews from them.

“A Credit beyond Measure”

Mr. Bart Jordan, a classical guitarist, was astonished by the masterful blending of classical Western instruments and traditional Chinese instruments in the Shen Yun Symphony Orchestra: “I love it. I think it is one of the most precise, and one of the most well-coordinated orchestras I have heard.”

“The difficulty of bringing together the tonalities of Eastern instruments and Western instruments is great. It's not easy to do... The fact that they [Shen Yun] have been so successful with it, giving off a reflection of East within the West, and the West within the East, almost like a yin-yang, is absolutely a credit beyond measure,” he added.

Mr. Jordan is well-known as a gifted concert classical guitarist and has special interest in ancient civilizations. He studied from the world renowned guitarist Andres Segovia.

He saw Shen Yun, the dance and music performance by Shen Yun Performing Arts, in Boston during the Chinese New Year of 2013 when the city was blanketed by an unprecedented snowstorm. This time he made an effort to attend the Shen Yun Symphony Orchestra concert, taking a two-hour bus ride from New Hampshire.

“A Universal Language of Music”

Ralph Magwood, a clothing importer and owner of the Magic Scarf Company, was full of the highest praise for Shen Yun Symphony Orchestra: “It is a wonderful blending of East and West—just a universal language of music. Just absolutely wonderful.”

“I loved how they were able to go back and forth between European style and Asian style... I loved the introduction of the Asian instruments, and how that changed the music. I just really enjoyed it,” Mr. Magwood said. 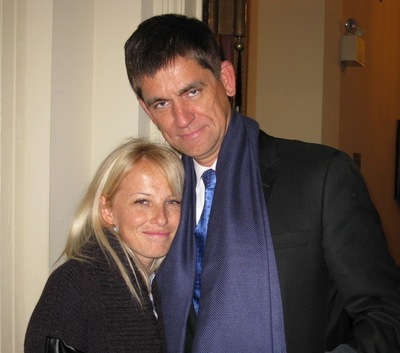 Peter Laqaqus, a partner at an international law firm and founder of the Hungarian Classical Music Foundation, was highly impressed by Shen Yun Symphony Orchestra (Photo courtesy of the Epoch Times)

Peter Laqaqus, a partner at an international law firm, was visiting Boston for the International Bar Association conference.

“I think the orchestra and all the people are very professional,” said Mr. Lakatos,who, in his spare time founded the Hungarian Classical Music Foundation in Budapest.

Mr. Lakatos said he and his guest Wynott Ferencz had gone to the show to experience the concert, only to receive a rare performance.

Art Gallery Manager Bilina Djinjova was overcome with emotion: “It was really really a pleasure! It was paradise for me... because the mix of the Western and Eastern music is really something amazing. I don’t know how to explain my emotions. It was really the best I have ever seen.”

Originally from Bulgaria, she was delighted to know that Mr. Milen Nachev, one of the four conductors in the performance, was a Bulgarian. 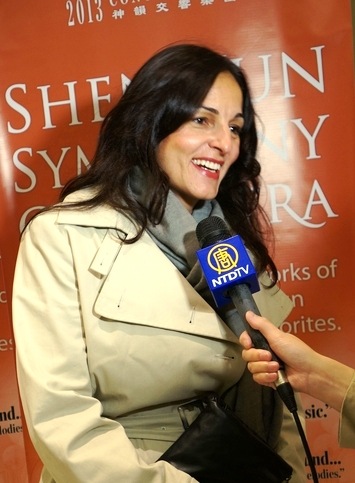 Ms. Djinjova exclaimed that the Shen Yun Symphony Orchestra concert “was paradise for me.” (Photo courtesy of Epoch Times)

Alan J. MacKinnon, President of the 140-year-old Garden of Gethsemane Cemetery in West Roxbury, Massachusetts, said of his experience at the performance: “I allowed the music to take me there, like the hand maidens that were weaving the tapestry to bring to earth as a gift, as in creation when the Gods and Goddesses came to earth to create civilization. The music took me there. Beautiful, beautiful.”

“I felt like I was there with the Emperor flying to the moon,” he added. 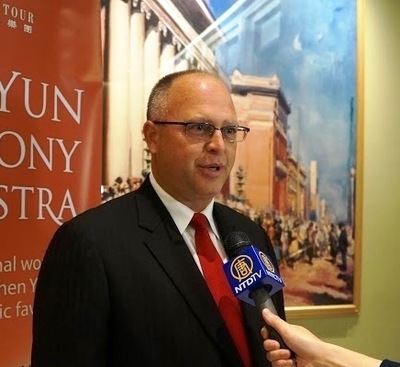 “Transported to Another Realm”

Chinese tourist Ms. Wang said she was “captivated” and “transported to another realm” by the Shen Yun music. She lives in Mainland China and is visiting her daughter in Boston. She thought the Shen Yun music was “elegant and very beautiful.”

Describing the Chinese music she is accustomed to hearing as “linear,” she was amazed by the Orchestra's depth. “Chinese music with such a grand manner... My first time hearing it.” She used the phrase “East meets West” to describe Shen Yun Symphony Orchestra's approach of Chinese music, but at the same time she could hear the Eastern music throughout. 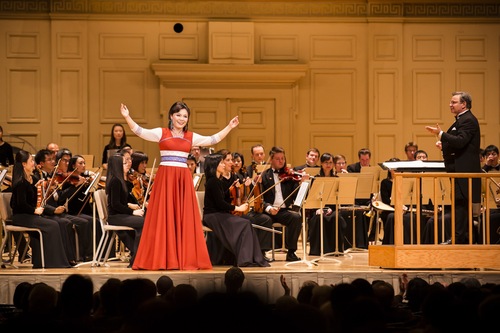 “Anywhere, and at Any Time, Anyone Could Be a Victim: Three Similar Images Reveal the True Picture of Human Rights in China”