(Minghui.org) Falun Dafa practitioners were invited to take part in a vibrant parade and carnival in Amlapura City, Indonesia, on August 12, 2012, to celebrate the 67th anniversary of Indonesian Independence Day. The event was organized by the government of Karangasem County in Bali Province. 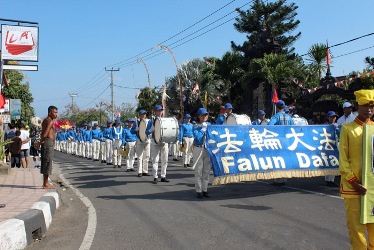 Divine Land Marching Band leads the procession of Falun Dafa practitioners in the parade in Amlapura City, Indonesia, on August 12, 2012 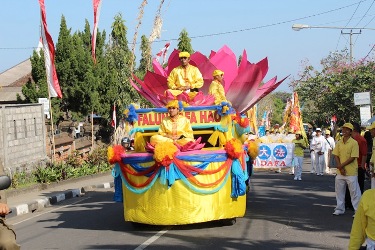 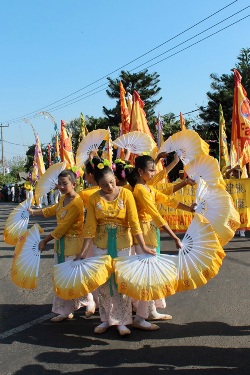 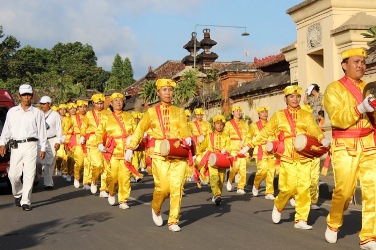 Following the parade, the Divine Land Marching Band was invited to perform for VIPs on stage in front of the Regent’s official residence. The band played several songs, including “Falun Dafa Is Good,” and received warm applause from the audience.

“To Be an Upright Dafa Disciple ”