United States Senator Mark Udall: The Ability to Live in Accordance with Your Beliefs Should Not Be Obstructed 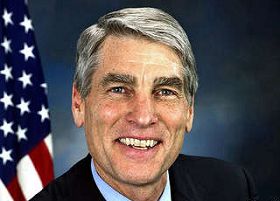 Today marks thirteen years since the Chinese Communist Party began a campaign against the spiritual practice of Falun Gong. This annual rally held in our nation’s capitol is an opportunity for all of you to peacefully protest the persecution of Falun Gong practitioners in China and so many of you are here, including Colorado’s Falun Gong Practitioners, and I welcome the chance to share my thoughts with you.

I remain a strong supporter of your efforts to speak for those Falun Gong practitioners in China being persecuted for their beliefs. While Falun Gong is practiced openly in the 100-plus countries where it is found, in its homeland of China, practitioners are subjected to a wide range of human rights abuses. As you know, there are troubling accounts of arbitrary arrests, forced labor, and physical torture, sometimes resulting in death. There are also disturbing allegations that millions of Falun Gong practitioners have been imprisoned for refusing to renounce their spiritual practice.

Falun Gong practitioners have responded to all of this with peaceful forms of resistance. Your wish and that of the thousands of Falun Gong practitioners in China and around the world is simply to have the opportunity to peacefully practice your beliefs without fear of persecution, torture or imprisonment. The ability to live in accordance with your beliefs should not be obstructed.

I know my colleagues in the Senate join me in supporting Falun Gong and its practitioners’ quest for religious freedom and tolerance. Thanks to all of you for your relentless commitment to freedom of expression in China. 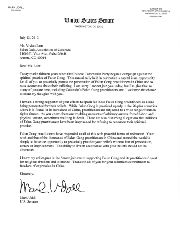 “Winning Respect by Being Selfless and Tolerant at Work”