San Francisco, CA: A Candlelight Vigil in Front of the Chinese Consulate to Call for an End to the Persecution (Photos) 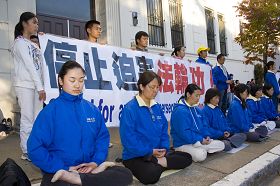 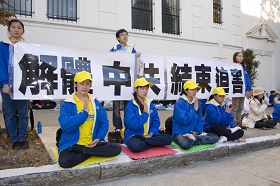 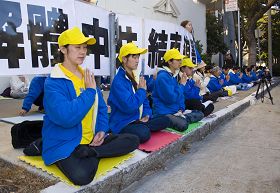 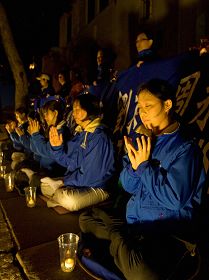 On July 20 thirteen years ago, the CCP initiated the persecution of Falun Gong. He was in China at the time, and his employer attempted to force him to renounce his belief. He said to his superiors and those he worked with, “Following Truth-Compassion-Forbearance is not wrong. Everyone should be a good person. I become healthy after practicing Falun Gong.”

Mr. Meng said, “Falun Gong is blameless. I insist that the CCP stop the persecution of Falun Gong. I want the perpetrators—Jiang Zemin and others—brought to justice. It is a crime to persecute kind people.

“I challenge the Chinese people to find out what the CCP is really like. The CCP is a criminal organization. It even condones harvesting organs from living Falun Gong practitioners. Chinese people should quit the CCP and its affiliated organizations as fast as they can.”

“(Selected Submission) Falun Dafa Teaches Me to Be Broadminded, Unselfish and to Take Self-Interest Lightly ”