A human rights lawyer from northeast China who was jailed for seven years for defending Falun Gong practitioners is in serious condition. Authorities are denying him medical attention, putting his life in danger.

Mr. Wang Yonghang (王永航) is being held in Shenyang No. 1 prison in Liaoning. His wife recently relayed to Chinese Human Rights Defenders (CHRD) that he is suffering from tuberculosis and showing signs of paralysis, including losing all feeling below his waist. Since his detention, Wang has been repeatedly beaten in custody. 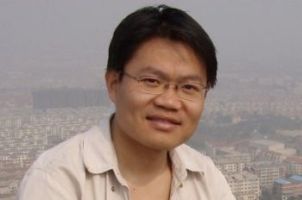 In mid-2009, approximately 20 plainclothes policemen abducted Wang from his home. Later that year, he was sentenced in a sham trial to 7 years in prison, the longest known term for a human rights lawyer defending Falun Gong practitioners. Amnesty International has reported on Wang's imprisonment and qualified him as a prisoner of conscience.

“[The persecution of Falun Gong] affects not only the basic rights of survival and living for tens of thousands of practitioners and their families, it also concerns the most basic respect ... for the existing laws.” ”
Chinese lawyer Wang Yonghang in an open letter to the Supreme People’s Court, 2008

In recent years, many of China’s leading human rights lawyers have represented Falun Gong practitioners despite Party directives banning such action. These attorneys have repeatedly defended practitioners in court, presenting detailed arguments as to their innocence and the broader need to observe the constitutional guarantee of freedom of religion. In response, they have faced escalating harassment, monitoring, disbarment, and even detention or torture.

Over the past year, incidents of ordinary citizens openly standing up to call for an end to the persecution of Falun Gong have also increased.

The Falun Dafa Information Center calls on those in charge of Shenyang No. 1 prison to immediately release Wang and ensure he has access to proper medical attention.