Nevada, USA: Board of Commissioners of Clark County Issues Proclamation Recognizing May 13, 2012 as Falun Dafa Day

Whereas, it is the policy and pleasure of the Board of County Commissioners to honor and recognize those groups who encourage people to enjoy a healthy, harmonious and peaceful way of living; and

Whereas, Falun Dafa, also called Falun Gong, is a practice of mind and body which focuses on self improvement through adhering to the principles of Truthfulness, Compassion, and Forbearance. All teachings are free. It also incorporates slow motion exercises similar to Tai Chi or Yoga. Over 100 million people in over 80 countries are currently practicing Falun Dafa; and

Whereas, Mr. Li Hongzhi. The founder of Falun Dafa, introduced the practice to the general public on May 13, 1992 and estimated that 100 million people in China began to practice Falun Dafa in the first seven years; and

Whereas, Falun Dafa was banned by the Chinese communist regime in July 1999 and a brutal, nationwide persecution was launched. Despite nearly 12 years of persecution, Falun Dafa practitioners have demonstrated their commitment to the principles and have had the courage to carry on a peaceful campaign to appeal for their human rights and freedom; and

Whereas, Falun Dafa and its founder have received worldwide recognition and been nominated for the Nobel Peace Prize multiple times since 2001; and

Whereas, Falun Dafa practitioners have introduced the practice to the Las Vegas community by providing free teachings of exercise, attending parades, offering free art exhibitions and free workshops in public libraries with the intention of encouraging people to enjoy a healthy, harmonious, and peaceful way of being.

Now, Therefore, We, the Board of Commissioners of Clark County, Nevada, do hereby recognize May 13, 2012 as Falun Dafa Day 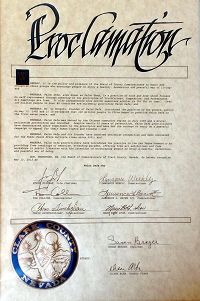