Professor from Guilin University of Technology Calls for the Immediate Release of His Sister, Wang Yanxin

The following is an appeal by Wang Yanxin's brother, Wang Yansui.

My name is Wang Yansui. I am 54 years old and a professor from Guilin University of Technology. My sister, Wang Yanxin, and I lost our parents many years ago, and the two of us have always depended on each other. 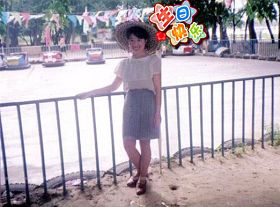 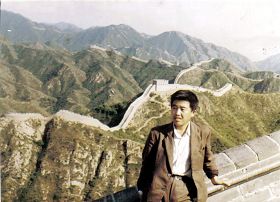 On the morning of April 5, 2012, my sister, Wang Yanxin, was arrested by officers from the Jiamusi City Police Department. I did not know about this until later. Earlier, on March 13, Falungong Practitioner Huo Jinping from Jiamusi City was arrested by officers from the Xiangyang Police Department, and his whereabouts are still unknown. Huo Jinping's brother and sister-in-law came to Jiamusi from another city to look for their brother, who had disappeared without a trace. As they were new to the city, my sister, Wang Yanxin, kindheartedly offered to help them make inquiries at the police department. However, on their way back, my sister was followed and arrested by officers from the Domestic Security Division of the Qianjin Police Department of Jiamusi City, along with seven others.

Along with my sister, practitioners Li Guifang, Hou Deqing, Wu Qilian, and Xu Shulan, Huo Jinping's brother and sister-in-law, and Wu Qilian's husband, were also arrested. The whereabouts of Huo Jinping's brother and sister-in-law are unknown, and the other six people were detained in Jiamusi Detention Center. It has been over a month since the arrests, and no one has given us an explanation as to why my sister and the others were arrested. I am so worried that I can barely eat or sleep.

My sister, Wang Yaxin, is 48 years old. She previously worked for the Jiamusi Department Store and has always been an excellent salesperson.

Ever since she started practicing Falun Gong, she has been following the principles of Truthfulness-Compassion-Forbearance. She always considers others first and considers how she can benefit her workplace and the customers. For many years she was elected as an outstanding individual by the province and the city. She was a role model, a top-ten salesperson, and a special role model of the Dashang Corp. On a number of occasions, she reported her experiences during conferences where there were several thousand people in attendance. In the department store, everyone from the general manager to the workers said she was a very good person. A reporter from Sanjiang Night News in Jiamusi did a special report on her and called her “a shining pearl on Sanjiang field, the pride of the people in this dark land, hope for the rise of the department store.” Many customers trusted the department store because of her honest service. For years, customers came to visit her, even though they did not need to buy anything.

In 2003, when the Chinese Communist Party (CCP) was brutally persecuting Falun Gong, one might have wondered how Yanxin, as an ordinary salesperson in a department store, and with today’s degenerated morals, could achieve such great things? Many people asked her, “How can you be so compassionate?” She replied frankly, “It is because of Falun Gong. In 1998 I started to read Zhuan Falun and I followed the principles of Truthfulness-Compassion-Forbearance. My work performance is a natural reflection of practicing Falun Dafa.”

At 1:00 p.m. on February 20, 2006, Yanxin was forcibly taken from her workplace by Chen Guozhong, an officer from the Domestic Security Division of the Xiangyang Police Department, in order to “have a conversation.” The department store security department was aware of this at the time. Yanxin was later taken to the Jiamusi Forced Labor Camp. After a year of dreadful forced labor, she was exhausted mentally and physically. After a period of time she asked to retire, and that was how she left her favorite job. Through studying the Fa and doing the exercises, she soon recovered her health and happiness.

The nearly 13 years of persecution of Falun Gong by the CCP never shook my sister's belief in Truthfulness-Compassion-Forbearance. Her strength of character and upstanding morality as a Falun Gong practitioner deeply touched me and everyone around us.

I am a professor at the Guilin University of Technology. Even before I went to elementary school, I was fascinated by traditional Chinese culture and legends. At that time, I read many books in this field and my young heart yearned for a connection to the divine. After I grew up and was polluted by the CCP's atheist education, I gradually forgot about these yearnings. For years, I worked hard in my professional field and won numerous awards and praise, but, as a consequence, my health became worse and worse.

I traveled by train in 2007 from south China back to my home in Jiamusi. Once I arrived and entered the house, I was so tired that all I could do was collapse into a chair. Yanxin was just the opposite—she was full of health and vitality and always energetic. In the previous few years, she had never needed any medication. I admired her very much. My sister kindly explained to me how she benefitted from Dafa and how she had learned to resolve conflicts with others. I was especially touched when she talked about how she viewed the honors that she had been given. She said, “Regarding my work and related issues, I have always done them well. In the past, however, I totally lived for fame and personal benefits, and I lived for a good image in the heart of others. After I cultivated Falun Dafa, I did much better than before. It was because I learned to be a better person from the bottom of my heart. I treated others well and I was no longer affected by fame and profit. This is the real difference.”

My sister also told me that the CCP still unscrupulously persecuted Falun Gong. She told me about her experience in the CCP prisons. Because I had been brainwashed for years by the atheist education of the CCP, I was not willing to believe the truth that my sister told me, nor was I willing to find out more. Since my sister had just been released from the labor camp, I was afraid that she would again be persecuted by the CCP, and I even beat her.

My sister did not complain, however, nor did she hate me. She guided me to read the book Remember the Compassion of Master written by practitioners. Many practitioners who attended Master Li Hongzhi's workshops in China wrote about their own experiences. I read them from the beginning to the end, and I felt that they were all sincere. I realized that it was indeed true that Falun Dafa is good, however, I could not accept what my sister told me about the true nature of the CCP.

Later, Yanxin brought me videos about the truth of the Tiananmen Square Massacre. I became very sad after watching it. My classmates had told me about the incident on Tiananmen before. I was very sympathetic towards those students, but I was not aware of the truth about the army killing students. I was very shocked and came to a completely different understanding about the CCP propaganda.

Later, my sister showed me videos about the truth of Falun Gong, such as “We Tell the Future,” “Journey through Storms,” Nine Commentaries on the Communist Party, “Ten Directions of Clear Wisdom,” “NTDTV's Chinese New Year Gala,” etc. I also read the book Zhuan Falun written by the founder of Falun Gong, Mr. Li Hongzhi. I especially liked the song lyrics from the Shen Yun shows. I let my sister copy the lyrics for me, so that I could carry them with me and read them more carefully when I had time.

Early on the morning of May 9, 2011, I suddenly had a stroke. I lost consciousness on the cement floor of my single dorm. At the time, I was wearing only a pair of shorts. Because it was raining outside and it was cold in the room, my lips turned purple and the right side of my body lost feeling. I could not speak or stand or reach the phone. I tried to crawl towards the phone, but even after scraping my skin, I was not able to make it. I had to lie on the floor, and I went in and out of consciousness. Sometimes I would become conscious during the daytime, and other times at night. I did not eat or drink for several days and nights. At one point, I woke up at night and suddenly saw a shining picture on the white wall. I was shocked and wondered how there could be a picture on the wall. Because I had seen the picture of Master Li in my sister's books, I recognized that it was Master Li. I knew then that I would be saved and that I would not die. I became very calm. Later, when my friends took me to the hospital, they said, “At that time, you werz calmer than we did.”

And so it happened that on the morning of May 13, after lying on the floor in various states of consciousness for five days, I was found unconscious and taken to a hospital. The doctors found a large amount of bleeding on the brain, so they announced that my condition was critical. They called my sister to ask permission to do a craniotomy. My friends and my co-workers who knew my situation called my sister, urging her to give permission for the surgery as I might not live through the night. I was my sister’s only relative. She could hardly speak when she answered the phone and heard the news. She knew that the results of a craniotomy were not usually good. After calmly considering the options, she knew that the most important thing was her firm belief that “one person cultivates, the whole family benefits,” and she was determined not to agree to a craniotomy. In her heart she recited “Falun Dafa is good” and asked Master Li to protect me.

On the afternoon of May 13, after my sister bought a plane ticket and prepared to come to see me, I woke up. I knew that the Master of Falun Gong had saved me, and I regained my life. A supervisor witnessed the miracle and said emotionally, “It was a miracle that Yansui woke up. The doctors say that it was a miracle—this was the first time they'd even encountered this. Tomorrow you will be able to eat.” After he learned that my sister practiced Falun Gong, he said excitedly, “Yansui is protected by a great Master. He is protected by Gods and Buddhas. This is unbelievable.” After several days, another supervisor told my sister, “Now I think your decision at that time was correct. And your insistence was correct!” Those colleagues who came to see me were also amazed after hearing what happened. They said, “You indeed recovered. Indeed you are protected by divine beings. Five days without food or water, lying unconscious on the cold cement floor. If it were anyone else, even if they didn’t die from the illness, they might have died from hunger and thirst. And, at the very least, they would have ended up a vegetable!”

I left the hospital after 20 days. My sister took me to our home in Jiamusi. She strictly followed the teachings of Falun Dafa to be a good person, and her firm belief in Falun Dafa deeply encouraged and influenced me. I am now able to use the toilet by myself, eat by myself, and go downstairs with crutches or some assistance.

My sister, Wang Yanxin, is a kind and innocent person. I appeal to the police department of Jiamusi to immediately release her. I also need her very much to take care of me at this time.