(Clearwisdom.net) Ms. Lu Shiping, a former prisoner of conscience in China and Falun Gong practitioner, traveled to Prague in late February 2012 as a special guest of the Mene Tekel Festival Against Totalitarianism. Ms. Lu spent several years in Chinese labor camps for refusing to give up her belief in Falun Gong. She was subjected torture in forced labor camps, including electric shocks, being tied with rope, hung by handcuffed wrists, the iron chair torture, and forced-feeding. She shared her harrowing experiences with the Czech media, the public, as well as Czech Members of Parliament during her week-long stay in Prague.

After meeting with Lu Shiping, MP Rom Kostřica stated, "There is a view which says that a country's democracy can be told by their value of human life. Although this value is hard to define, one could assume the value of human life in the People's Republic of China is very low... I would like to declare here that I consider the issue of the Falun Gong persecution in China as a fundamental violation of human rights and freedom, and I witness the courage and bravery of (Falun Gong) followers with admiration. I really hope the victims of this practice haven't been and will not be for naught, and that the future will show their significance. I really hope that future is not far." 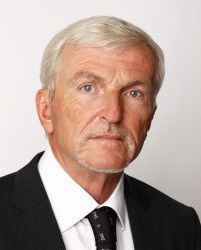 MP Jana Fischerová wrote after meeting with Ms. Lu, "I've long been following the political situations in various countries of the world. I really enjoyed meeting Ms. Lu Shiping, and talking with her about her life in China before escaping to Finland. I'm impressed by her energy and effort to speak out about what is going on in communist China. Falun Gong practice promotes cultivation of body and mind, reaching long life, and high moral character though practicing the exercises and adhering to the principles of truthfulness, compassion and forbearance. I want to express my solidarity with the persecuted practitioners of Falun Gong, and I support everyone whose basic human rights are violated."

“Mr. Li Wendong and His Wife from Tangshan City Arrested”