(Minghui.org) You may know that large areas of Israel were recently under missile attack. The missiles were launched by Hamas groups in Gaza. Even Tel Aviv was bombed. Large parts of the south were threatened, and big cities like Beer Sheba and Ashkelon were bombed. Kindergartens and schools were closed, and people stayed in shelters whenever the alarms were heard. There was widespread fear and stress in the civilian community during this period of time.

Local Falun Gong practitioners spent time with residents of Kiryat-Gat, which is halfway between Tel Aviv and Beer Sheba. The residents had to stay in a shelter on a community campus. 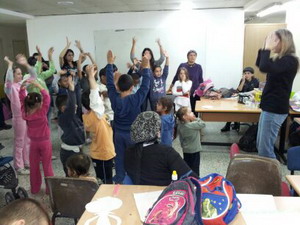 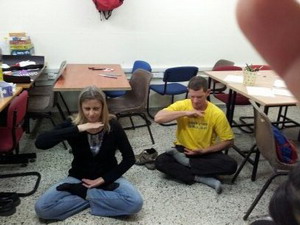 On November 21, 2012, before the ceasefire was announced, practitioners helped the children and parents in the shelter do the exercises. They then made beautiful lotus flowers from colorful paper with them. One woman who attended showed how to make a paper jar for the flowers. First the adults helped the children, but then they found it to be fun for themselves. Some people who participated were interested in joining the weekly Falun Dafa practice site, which is located on the same campus. 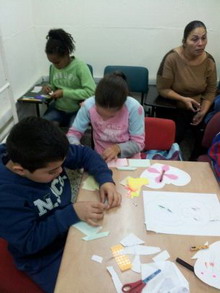 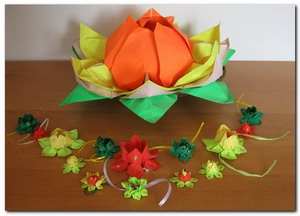 All Falun Dafa activities throughout the world are free of charge, including the practice sites. Falun Dafa books are also freely available on the Internet, and everyone can come to learn the wonderful movements and cultivate his or her mind according to the principles of Truthfulness-Compassion-Forbearance.

“Mr. Xu Xiwang Dies after Injection Given at Brainwashing Center”