(Minghui.org) More than two thousand people in Chenzhou, Hunan Province signed a petition calling for the release of arrested Falun Gong practitioners and to bring the persecutors to justice. As one man solemnly made his finger-print on the petition, he said,“We live under the Chinese Communist Party's (CCP) dictatorship. We know very well how cruel the CCP is. Even though I don't practice Falun Gong, I know the founder of Falun Gong Mr. Li Hongzhi teaches his students to follow Truthfulness- Compassion-Forbearance. I admire Falun Gong. It's able to uplift China's morality. I support Falun Dafa.” 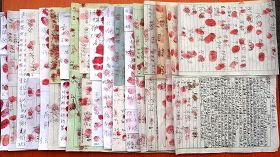 More than two thousand people in Chenzhou, Hunan Province, sign a petition calling for the release of Falun Gong practitioners.

The following are a few cases of persecution that took place in Chenzhou in 2012.

Case 1: Sixty-five-year-old Ms. Jiang Meilan was arrested and sent to Laodaohe Brainwashing Center on Sept. 7. She died after twenty-three days of being brutally tortured. Her internal organs were damaged from the severity of the beatings. Blisters from being shocked with electric batons covered her mouth and her body. Her genital area was bloody.

Case 2: Ms. He Jincui, a retired official of Chenzhou City Archive Bureau was arrested at her home by local police on July 3. Her home was searched. She has been detained for months. Ms. He survived a car accident when she was thirty-one. Her head and chest injuries made her extremely uncomfortable. Practicing Falun Gong restored her health and happiness. Ms. He was imprisoned for distributing the true story of Falun Gong to households in her residential compound. 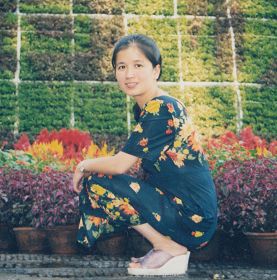 Case 3: Ms. Xu Chensheng, a Falun Gong practitioner and employee of Chenzhou Cigarette Factory, was arrested on the street by local police on May 16. She was handcuffed from behind the back and interrogated for twelve hours. She wasn't allowed to drink, eat or use the restroom. She died in a police car when she was being transferred to a detention center, and the police didn't notify her family until two days later. They claimed she died from a sudden relapse of a disease. Her family's attempt to get an autopsy was obstructed. Those who heard about Ms. Xu's death expressed their sympathy and anger, and called for justice.

Case 4: Ms. Li Jiaju, a practitioner in Yongxing County, died on April 16, after being imprisoned and tortured numerous times. She was arrested by the 610 Office and the Huangnixiang government to a brainwashing center in May 2011. Ms. Li launched a hunger strike to protest the persecution. Half a month later, she was given an injection of an unknown drug and released. She never recovered and her health kept deteriorating. She kept bleeding and eventually passed away.

Case 5: More than twenty officials and officers, including the Chief of Xifengdu Township and the director of the Police Department, Duan Lingfeng, broke into Ms. Li Xiao'ai's home on Feb. 24 and arrested twelve Falun Gong practitioners who were reading Falun Gong books in her home. Ms. Li Xiao'ai and Ms. Chen Jianmei were taken to Baimalong Labor Camp of Zhuzhou for twelve months.

Case 6: On the eve of the 18th National Congress of the Communist Party, dozens of practitioners in Chenzhou were sent to brainwashing centers. Several were taken to Laodaohe Brainwashing Center. Ms. Wang Xiaoping of Guiyang County has been imprisoned in a brainwashing center for more than a month.

The CCP's atrocities have triggered strong discontent in the public, and people have taken the initiative to sign petitions. More than two thousand people have signed so far to call for the release of the arrested Falun Gong practitioners and to bring the persecutors to justice.

One lady said, “Are they arresting Falun Gong practitioners again? Find more people to sign. I saw an announcement on the street that said a Falun Gong practitioner was beaten to death by police. Is that true?” The person collecting the signatures told her it was true. Many instances like this are happening in China.

As soon as he finished, another person said, “They are terrible! All of us should sign!” An elderly man said, “Find many people to sign and bring them (the persecutors) to court. What they did was completely lawless. I'm a member of the Communist Party. The CCP is too wicked! I want to quit.”

The signature collector told a beggar about the signature collection. The beggar said, “The Communist Party is too wicked. What it did was against reason. I would like to sign.” The beggar had no hands, so he used his wrists to control the pen and painstakingly wrote down his name stroke by stroke.

A vegetable vendor said, “Falun Dafa saved my life! It's miraculous! A Falun Gong practitioner gave me an amulet. I always wear it. Otherwise, I would have died from a car accident. The car's windshield was completely shattered. Everyone at the scene thought I was certainly dead. But I only had a minor scratch. Don't you think Falun Gong is great? Signing this petition is my opportunity to do something for Falun Gong.”

Another woman who happens to know the signature collector said, “I will certainly sign. Practicing Falun Gong is not against the law. The police are not doing what they are supposed to do. They ignore the criminals and arrest good people!”

One man said, “I will sign if it's to rescue Falun Gong people. I know some of them. They are really nice people.” Others heard what he said and also signed.

The signature collector received a “Thank You” letter. It said, “Even though I'm not a Falun Gong practitioner, I have read Mr. Li Hongzhi's Zhuan Falun and know some Falun Gong practitioners. I'm very shocked how these kind people have been terribly persecuted. Why does the CCP persecute these people who have done nothing wrong and only benefit society? They don't even fight back. Instead, they've quietly suffered and sacrificed their lives to safeguard their belief and their Teacher. I think these people are great! Only a great Teacher is able to accomplish this. I especially give thanks for Master Li's care and arrangement. Ever since I signed the petition calling for the release of Falun Gong practitioners, I have found a perfect job, and everything in my life started to work out great. I would like to extend my heartfelt respect for Master Li and my hope that all Falun Dafa practitioners complete their missions well and have a great future!”