(Clearwisdom.net) The Discovery Channel is an American satellite and cable channel that films and broadcasts high quality documentaries and original programming. This article will introduce two stories selected from the documentary of “Past Lives--Stories of Reincarnation”.

What happens after people die? Can we come back? The answer might come from children who are able to remember past lives. At the University of Virginia, scientists are studying cases of people who claim that they can remember past lives. Child psychologist Jim Tucker has been collecting this data. He said that the investigated cases often focused on children who would spontaneously talk about their past lives. Many children began to do so at the age of two to three, and this would continue until they were five to six years old. They have been collecting cases for the last 40 years, over 2,700 in all. The cases were from all over the world. 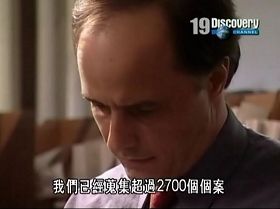 Child psychologist Jimmy Tucker from the University of Virginia

Ian, who is from Florida, is a lovely child. One day his mother Maria wanted to spank him for being naughty. He said to his mother unexpectedly, “When you were a little girl I was your father. However, I never spanked you.” Maria was really shocked, but her son kept saying that he was Maria's father. He said he was a police officer and got shot by bad guys at a shop. He also described a lot of things when Maria was a girl. He said when she was a kid, her father used to have two cats, one black and one white. The black one was called “Maniac” and the white one “Boston”. One day he said to his mother, “Mom, when you were young, I was your father. At the time what were my cats' names?” Maria replied, “Maniac?” He said, “No, the white one.” Maria said, “Boston.” Ian cut in, “I called it 'Bos,' right?” His mother was really shocked. Ian not only knew the colors of the two cats, but also their nicknames. When she found more and more similar stories from Ian, she had to believe that her son was the reincarnation of her father. 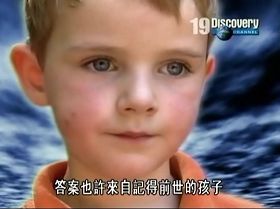 When the film crew interviewed Maria, she also described some other clues. Six hours after Ian was born, he had to undergo major cardiac surgery because of congenital heart defects. The doctor said that he had congenital agenesis of the pulmonary artery, resulting in dysplasia in the right side of the heart.

Maria recalled that her father was a New York City police officer. One year before Ian was born, he came across a robbery at Radio Shack and was shot by the thieves. He died thereafter. Dr. Tucker and Maria read the autopsy report, and found that he died of a pulmonary artery rupture caused by the gunshot. It happened to be the same artery that Ian had problems with when he was born. Dr. Tucker said that this kind of phenomenon could be found in many similar cases. Some inherited birthmarks and pigmentation, and even the birth defects of some organs, had ties to wounds or accidents from past lives.

When the film crew interviewed the five-year-old Ian, he sat on a swing and said to her mother, “I did not want to return, but God gave me to you...”

Professor of psychology Erlendur Haraldsson of the University of Iceland investigated many cases of children who claimed to have memories of past lives. Psychological tests and statistical analysis showed that these children had a larger vocabulary than those in their age group, and their intellectual development was often slightly ahead. However, their psychological characteristics showed no significant statistical difference. There is one exception, that these children suffered from symptoms of post-traumatic stress disorder. This typically results from high stress situations such as their lives being in danger, serious physical injuries, and/or serious physical or mental stress. However, these children had not been in combat or similar situations normally associated with such symptoms. Professor Haraldsson held that the memory of their past life experiences of death is the best explanation of their psychological post-traumatic stress.

The film crew and Professor Haraldsson arrived at a small town called Veyangoda in Gamphaha district to visit the Nissanka family. The couple had a daughter named Dilukshi Nissanka. The mother said that Dilukshi repeatedly said that she was not the Nissanka family's child. She believed that her real home was at Dan Bula, which is situated in the middle of Sri Lanka and over 100 kilometers from Veyangoda. When she was young, her parents sent her to a kindergarten run by a Buddhist temple, but she said, “My temple is at another place.” During meals and before going to bed, she repeatedly talked about her “real home.” Her parents thought she was joking, so they did not take her words seriously at first. However, she repeatedly talked about it and gave a lot of details about that family and the life down there, including her clothing, furniture and property. She said that she was pushed into a river and drowned while playing at the river. She had a clear memory of many details about the river and the scenes of the surrounding area. 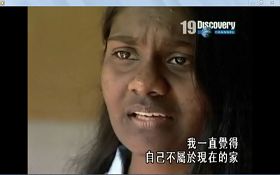 Was she talking about fantasies? Professor Haraldsson said that if it's only a child's fantasy, she usually would think of relaxing and comfortable things, not death by drowning. For Dilukshi's mother, her daughter's “past life memories” made them feel sad, thinking that her daughter was not satisfied with their care.

Dilukshi's parents could not stop her from making continuous requests to look for her “real home.” Finally they went to the most famous temple in Dan Bula, the Rock Temple, to ask the abbot for help, since Dilukshi had talked about the temple as well. They asked the abbot if he knew a girl had drowned. The abbot said he did not know of such a girl, but he introduced the visitors to a reporter that he knew. The reporter interviewed the Nissanka family and published the story in the newspaper, including the details of the past life as described by Dilukshi. Several days later, the Nissanka family received a letter from a village in Dan Bula. The writer, Dharmadasa Ranatunga, said in the letter that the story published in the newspaper, including the scenes from the surrounding areas of the river, exactly matched the experience of her deceased daughter Shiromi. She wanted to meet Dilukshi.

Dilukshi and her parents went to her Dan Bula “home” by car. Before reaching the village, Dilukshi described with excitement everything in the village, and even guided the driver on how to get to her “home.” Her parents were really surprised. Eventually Dilukshi met with her parents, sisters and brothers of her past life. She was on her knees and burst into tears. The reunion in two lives made her parents feel both grief and joy. The onlookers were all touched by the scene. Dilukshi recognized her things, as well as the neighbors of her previous life. Professor Haraldsson noticed her demeanor also changed in this home. Her worries disappeared and she was not that stiff any more. It seemed that she was a lot happier and more carefree here.

Later, Dilukshi led Professor Haraldsson to the place where she was drowned in her past life. By a small river there was a big stone, and children often played there. Dilukshi said that she drowned there.

Facing this kind of powerful evidence, the scientists said they must seriously consider the existence of reincarnation. However, the next group of questions would be even more profound. What does reincarnation mean? Do souls really exist? How does this impact our modern day life? These are questions everyone needs to think about.