(Clearwisdom.net) Mr. Zheng Lijun is a Falun Gong practitioner from Sanhe Village, Wangqing County, Yanbian City, Jilin Province. After his most recent arrest on March 4, 2011 he was sentenced to seven years in prison. He was transferred to the Gongzhuling Prison around mid-December 2011 to serve his term. Given the torture to which he has been subjected while in police custody, his family is extremely worried about him.

Since the persecution of Falun Gong began in July 1999, Mr. Zheng has been arrested and detained numerous times. He was once locked up in a forced labor camp for two years, during which time he was brutally tortured. After his release, agents from the Wangqing County Domestic Security Division and the local police station continued harassing him. To avoid further persecution, he moved to Shiyan Town in 2010. While visiting local practitioner Liu Xiaohua on March 4, 2011, the hostess and he were arrested and taken to the Tumen City Police Department. The police shackled both practitioners and kept them in separate rooms for non-stop interrogation. Zheng was subjected to various kinds of torture for two days in a row. Several police officers savagely hit him on the legs with hard objects, including wooden clubs, and then brutally beat him. Liu Xiaohua was later transferred to the Anshan Detention Center in Tumen City, while Zheng was sent to the Zhongan Detention Center in Wangqing County.

It took over a month for Mr. Zheng to recover from the torture-induced injuries. Only then did the police at the Wangqing County Domestic Security Division allow his family to visit him at the detention center. His family noticed that he was still in poor health and walked unsteadily. He also felt nauseous and retched.

On August 12, 2011, the Wangqing County Court tried Zhang and charged him with “undermining the implementation of the law.” They proposed a heavy sentence, between nine and ten years, for the higher court to consider. He was eventually given a seven-year sentence, and the higher court upheld the verdict, despite his appeal.

Around mid-December 2011 Mr. Zheng was transferred to the Gongzhuling Prison. His family received no advance notice. Only after the police made sure he was at the prison did they allow the prison staff to call his family, confirming the transfer. Mr. Zheng’s family is extremely worried about his well-being, given the physical and psychological torture he suffered at the hands of the police.

Mr. Zheng’s wife died in a car accident in 2006, and his 17-year-old son Zheng Xiang has dropped out of school due to his father’s arrest. Mr. Zheng’s father developed cancer after years of harassment and intimidation, and passed away not long after. 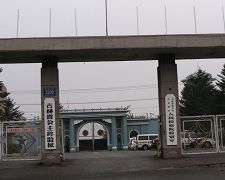 Gongzhuling Prison has doubled in size since 2006 and Jilin Province officials use it to persecute local practitioners. Under direction from the 610 Office, the prison not only subjects detained practitioners to slave labor but also to forced brainwashing sessions. At least four practitioners have died of torture at the prison, including Cai Fuchen from Longjing City, Liang Zhenxing from Changchun City, Wang Enhui from Fuyu County, and Songyuan City and Zhang Hui from Antu County.