(Clearwisdom.net) Falun Gong practitioner Mr. Qian Fajun from Linyi City, Shandong Province, was taken to the Linyi City Brainwashing Center by Linyi City 610 Office agents on September 23, 2011. He was beaten and force-fed and couldn't walk as a result of the physical abuse and torture. Mr. Qian is currently being held in the Zhangqiu No.2 Men's Forced Labor Camp. He held a hunger strike to protest the persecution to which he has been subjected for more than three months. 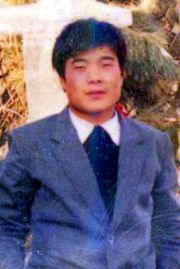 On September 23, 2011, around 6 a.m., Mr. Qian was arrested at home by local CCP agents and agents from the Linyi City 610 Office during the busy autumn harvest time and was taken to the Linyi Brainwashing Center.

Mr. Qian held a protest hunger strike. Brainwashing center head Su Wei and other perpetrators force-fed him as a means of torture and laced the food with poisonous substances, which left him in a severely deteriorated physical condition. The perpetrators tied up his arms and legs, inserted a feeding tube into his stomach, and left it there after they were done for use the next time they force-fed him. Su Wei and others also physically abused and mistreated Mr. Qian, seriously injuring him, and afterward he was unable to walk. He had to be carried. 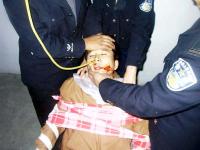 After having been held in the brainwashing center for more than 40 days, Mr. Qian was sent to the Zhangqiu No. 2 Men's Forced Labor Camp to be held for a year.

According to an eyewitness, Mr. Qian is extremely weak, lying in bed and unable to move. One leg is obviously thin, and there are still adhesive tape marks on his mouth, left from the violent force-feeding. The labor camp officials repeatedly claimed that he was in this condition before he was admitted, but they knew his serious condition should have disqualified him for admittance, yet they still accepted and detained him. They knowingly violated the law and should be held accountable for their crimes.

Mr. Qian was hot tempered before he practiced Falun Gong. After his practice, he strictly held himself to the principles of Truthfulness-Compassion-Forbearance. Since 1999, Mr. Qian has been subjected to brutal persecution by CCP agents for remaining steadfast in his belief in Falun Gong. He tried his best to advise the guards who directly persecuted him to think about what they were doing, but he never resorted to any aggressive behavior to protest or retaliate. He helped those perpetrators learn the facts and hoped that they would make the right choice for their own future.

Mr. Qian Fajun's father, in his 80s, was left on his own after Mr. Qian was arrested. The old man is in great mental torment and anxiety over his son.

Please refer to the original Chinese article for the more people and offices involved in the persecution of Mr. Qian.