Director of Retirement Home Dies as a Result of Persecution in Panjin Prison, Liaoning Province (Photo)

(Clearwisdom.net) Mr. Fan Zhenguo, previously the director of Tianshenghao Retirement Home, was sentenced to eight years in prison in 2008 for practicing Falun Gong. Some three years later, on September 11, 2011, he died as a result of persecution in Panjin Prison at the age of 50. On September 13, prison authorities forced his family to cremate his body. 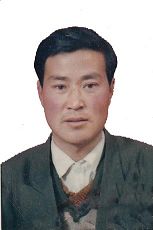 Mr. Fan's family requested to view the prison surveillance video, but the authorities said that a camera had not been set up.

Mr. Fan was illegally arrested several times for practicing Falun Gong after the Chinese Communist Party launched the persecution in July 1999. On June 28, 2000, while he was watching TV with around a dozen other people, Mr. Fan was arrested by Sanjiazi Town police. He was detained for eleven days and was dismissed from his post as the director of Tianshenghao Retirement Home.

On the night of July 19, 2008, about ten practitioners from the towns of Sanjiazi and Tianshenghao were distributing truth-clarification materials in the Pingfangzi and Taohuachi areas of Kazuo County. When they were about to drive back, around 1:30 a.m.., they were stopped by police from Pingfangzi Police Station.

The director of the police substation, Wang Xiaofeng, took out a gun, while another policeman held an electric baton and forced the practitioners' car door open. They found literature exposing the persecution and forced everyone to get out of the car and get into the police cars. Mr. Fan Zhenguo constantly clarified the facts to the policemen until the officers held his head down so that he could not talk. Afterwards, two police cars took the ten practitioners to Pingfangzi Police Station.

Mr. Fan climbed over the fence of the police station and escaped. The police conducted three searches, but didn't find him.

On July 29, under the command of Wang Xishan, the Communist Party committee secretary of Sanjiazi Township, Lingyuan City, Li Bin and Li Qin teamed up with police from Pingfangzi Police Station to arrest Mr. Fan. The police broke into Mr. Fan's home and arrested him. The police beat Mr. Fan, threw him to the ground, and stomped on his head. Mr. Fan was later severely beaten at Sanjiazi Police Station.

Four months later, Mr. Fan was secretly sentenced to eight years in prison, and was incarcerated in Panjin Prison. While in prison, he was subjected to forced labor, and he lost consciousness several times due to abuse.