Over a Thousand People in Mr. Zhou Xiangyang's Village Sign a Petition Calling for Justice (Photos)

(Clearwisdom.net) Falun Gong practitioner Mr. Zhou Xiangyang from Tianjin was arrested last March and again sent to Gangbei Prison where he has since been on a hunger strike. Gangbei Prison authorities at first denied that they were holding Mr. Zhou and tried to prevent his family from visiting him. Mr. Zhou's mother wore a piece of clothing with words written on it telling how her son was being treated unjustly and stood outside of the prison. She was eventually able to see him.

Mr. Zhou's wife, Ms. Li Shanshan, later wrote a personal account and sent it to the government's legal agencies in the cities of Tianjin, Tangshan, and Qinhuangdao, to appeal for her newly-wedded husband, stating that he had been wrongly sentenced and was suffering terribly. This letter became well know overseas as a true story, and was entitled “A Young Couple's Journey: Zhou Xiangyang's Fiancee Appeals Seven Years for His Release.” For several months, Mr. Zhou's mother repeatedly charged the Gangbei Prison with using the “floor anchor” torture, and unlawfully denying him family visits. Meanwhile, many country folks from Mr. Zhou's hometown in Changli County, Qinhuangdao, read Ms. Li Shanshan's account and truth clarifying materials. They were moved and many shed tears, as they deeply felt the unjust hardships this couple had suffered. A man in his 50s said, “After reading that account, I shed tears. I have never cried in my life. If this story is true, then the communists are at fault for torturing good people.”

Nearly 1500 people in Mr. Zhou's hometown signed the petition demanding his release, and that the prison be held legally responsible for its inhuman treatment of Mr. Zhou.

To rescue Mr. Zhou, his family suggested a petition. Nearly 1500 people from Mr. Zhou's hometown signed the petition to support him. They demanded his release and that those responsible be brought to justice.

Gangbei Prison in Tianjin (now called Binhai Prison) brutally persecutes Falun Gong practitioners. Practitioners imprisoned there have all suffered varying degrees of torture, including forced standing for long time periods, forced sitting on a short stool, beatings, electric shocks with high-voltage current, the “floor anchor” in solitary confinement, being soaked in cold water, forced feedings, verbal abuse, forced labor, and denial of family visits. The “floor anchor” is the worst torture in Gangbei Prison, and it is said that this technique has spread to other prisons in Tianjin. The “floor anchor” consists of stretching a person's arms and legs tightly with cuffs and chains and then anchoring the chains to rings in the floor. To increase the pain, the victim is anchored into different positions for 10-20 hours at a time. Several criminals are engaged to beat practitioners to please the prison ward heads, and they try very hard make the pain even worse for the practitioners who are anchored down.

Government agencies used all kinds of excuses to ignore Mr. Zhou's case. So much so that the Tianjin 610 Office instructed Tangshan Domestic Security and Qinhuangdam Domestic Security on a long-term basis to monitor and harass Mr. Zhou and Ms. Li's families. With government agencies to back them up, Gangbei Prison took revenge by refusing to let Mr. Zhou's family visit him for three months, and continued to use the “floor anchor” on practitioners. 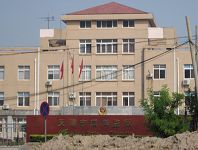 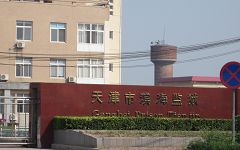 Mr. Zhou's family hired lawyers from Beijing to press charges against Gangbei Prison for using the “floor anchor” to torture him. They want Li Guoyu, the deputy chief of Gangbei Prison, and prison ward head Zhang Shilin to take legal responsibility for their criminal acts, and they are seeking financial compensation. Under the control of the CCP, the Gangbei Prison, the Prison Regulatory Bureau, and the Second Prosecutor's Office of Tianjin have all acted to conceal the crime and indulge in criminal behavior. They have refused to investigate even though the evidence of wrongdoing is abundant.