(Clearwisdom.net) On August 29, more than 5000 Falun Gong practitioners from 40 countries attended the experience sharing conference held at the Westchester County Center in New York. Around 10 o'clock in the morning, revered Master Li appeared at the conference, and gave a one-hour lecture. Grateful applause filled the auditorium before and after the lecture. 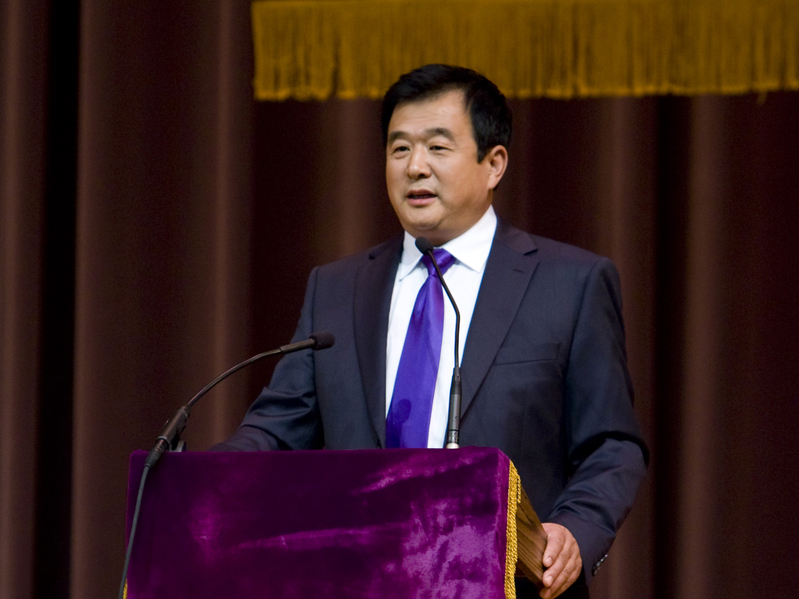 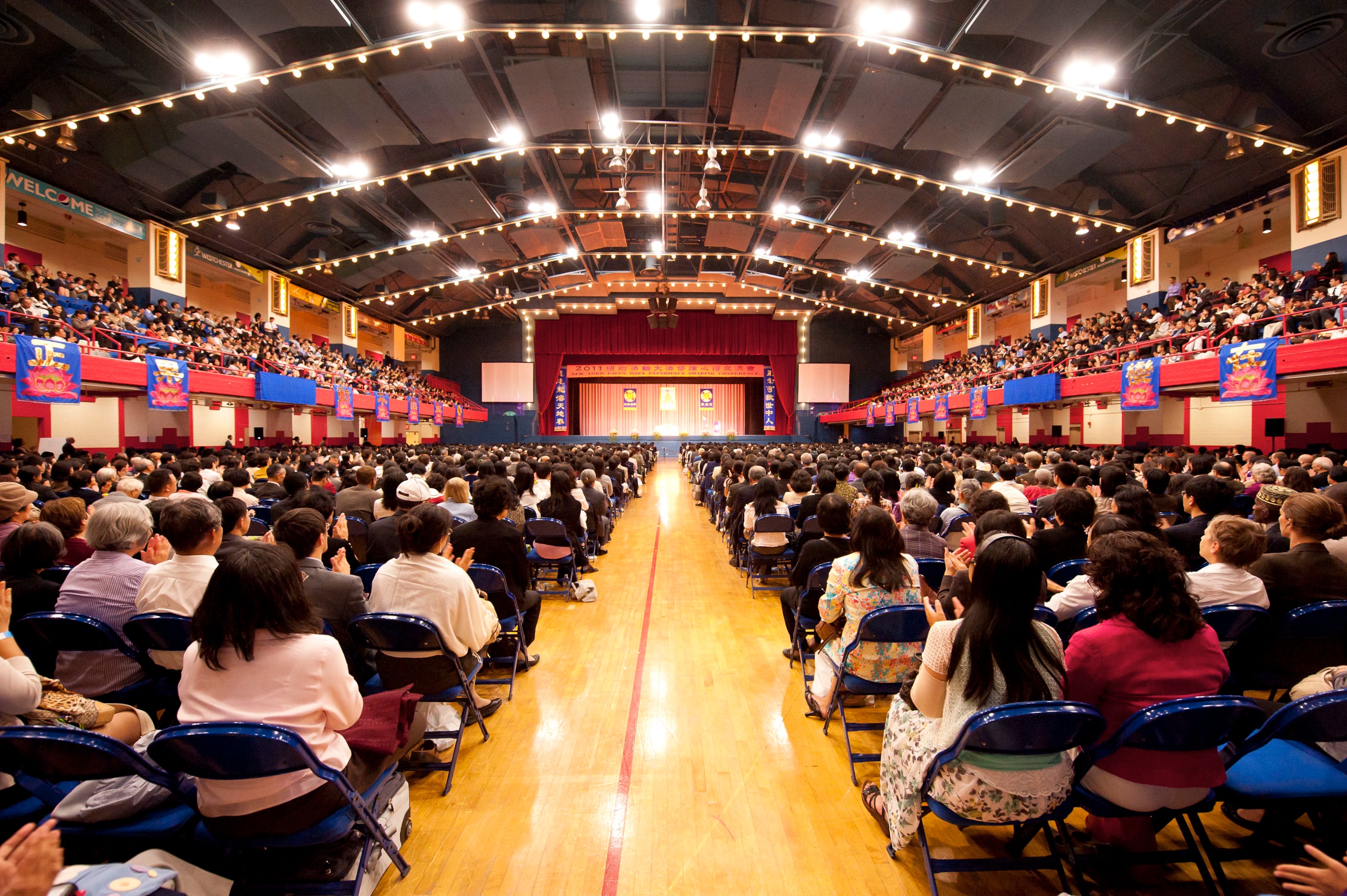 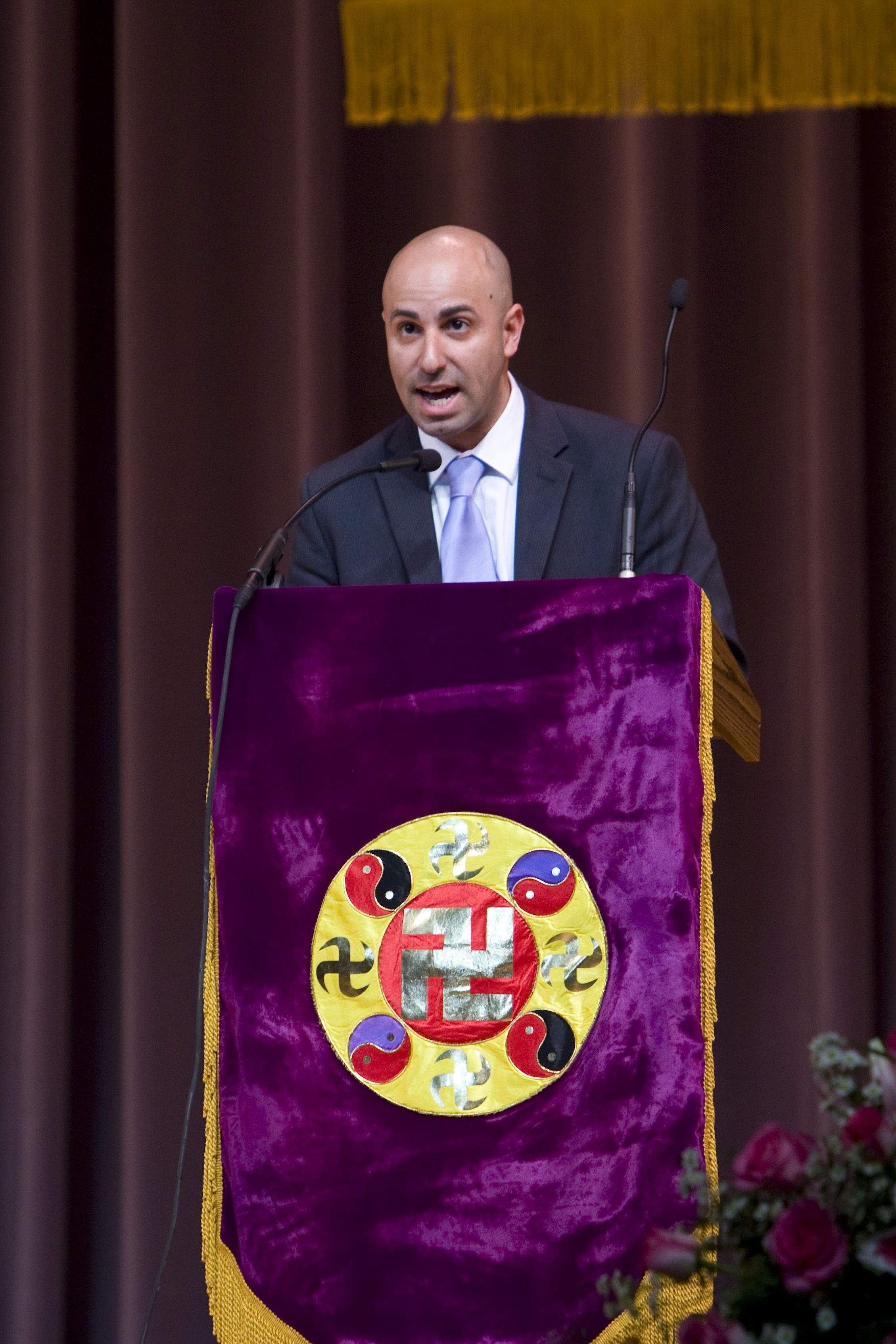 A practitioner presents an experience-sharing paper

At the conference, 16 Chinese and Western practitioners presented their experience-sharing papers.

Ms. Zhou from New York and Ms. Xue from Washington DC shared their experiences of promoting Shen Yun. Ms. Zhou said: “When I really follow Master's requirement, I realized that there is always at least one channel opening. If this path is blocked, there is always another path open. If I change my notion and put down the attachment; do, but not pursue, then, the channels to the mainstream society will be opened, and the people will help us to promote Shen Yun.”

Ms. Xue told her story of how to build relationships while promoting Shen Yun. She said: “As long as we put our hearts in it, we will see that Master has already arranged everything. We can easily find those who have predestined relationships with Dafa.” 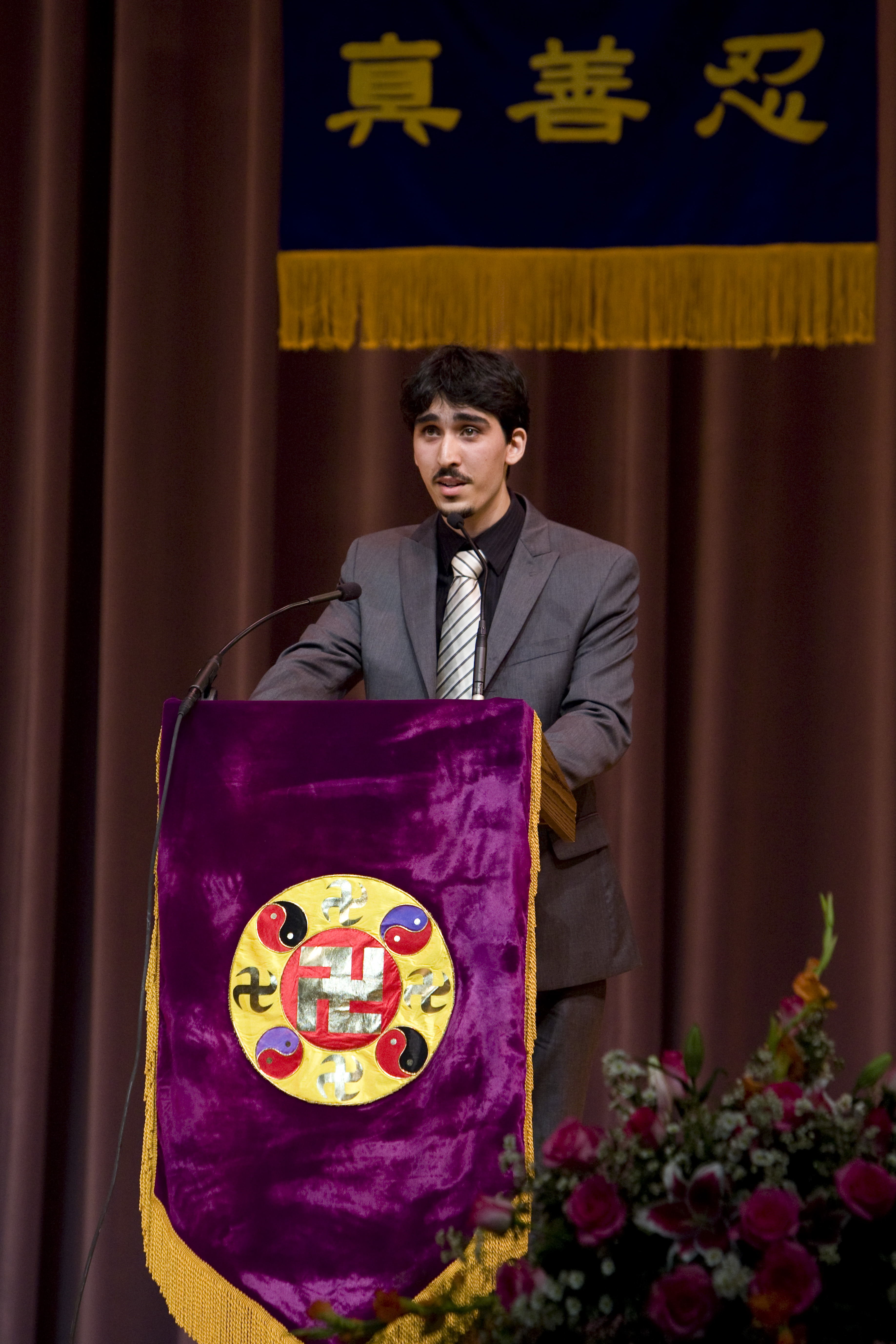 Felipe Santiago from Brazil obtained the Fa five years ago. There were only two practitioners in his town. He set up an exercise site and tried his best to introduce Falun Gong to the public. Later, he also helped the Epoch Times and NTDTV to set up branches in Brazil.

Ms. Ren from Connecticut delivers the Epoch Times to local Chinese schools. Once she found that on the program list of a talent show at a Chinese school, there were some songs promoting the Chinese Communist Party (CCP). She and local practitioners wrote to the principal and the board of the school, telling them what authentic Chinese culture is, and what the party culture is, why the communist party ruins the traditional culture, and why the Chinese school should teach students the true traditional culture. After patient communication, the school agreed to cancel those programs.

Mr. Yang from Belgium shared how practitioners clarify the truth to the European Parliament (EP) and local media. Once the CCP exerted pressure on the EP, trying to stop a reporter, who is a Falun Gong practitioner, from attending an EP press conference. When the reporter got the permit, the CCP tried to get the EP to cancel the press conference. Practitioners exposed the evil behaviors of the CCP to the international media, letting the whole world see how the CCP interferes with the freedom of press. Through this incident, more people learned about NTDTV and the Epoch Times. 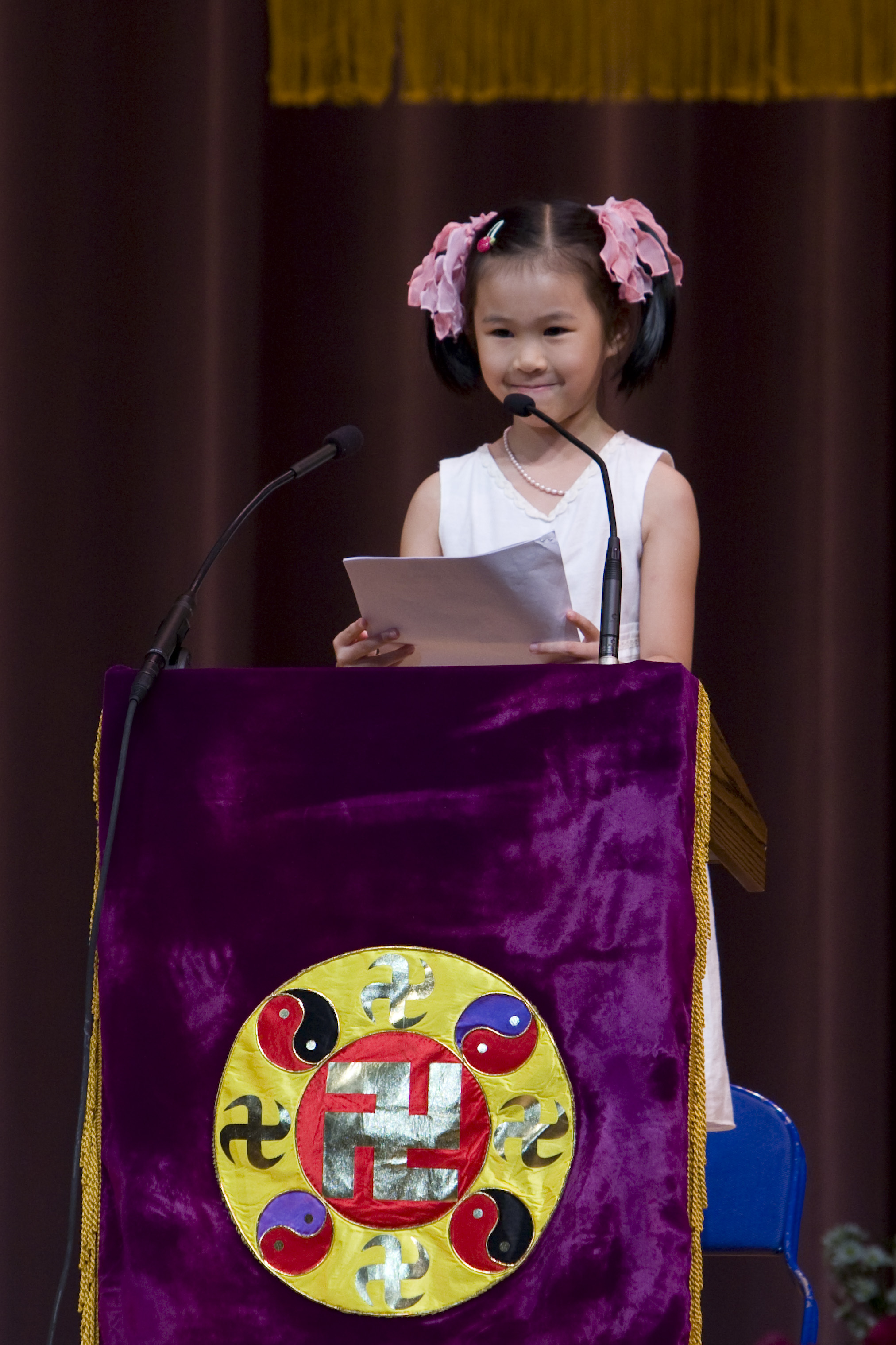 Lianhua, a 7-year-old practitioner, shared her experience of reading the Fa and sending forth righteous thoughts.

At 6 p.m., the conference successfully concluded.