(Clearwisdom.net) The annual Caribbean Carnival Parade in Hamilton, Canada, was held on August 7. The parade took off at City Hall and ended in Bay Front Park. For the fourth time, the Divine Land Marching Band, consisting of Falun Gong Practitioners from Toronto, participated in the event. 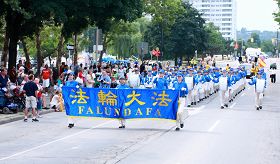 The Divine Land Marching Band in the 2011 Caribbean Carnival Parade 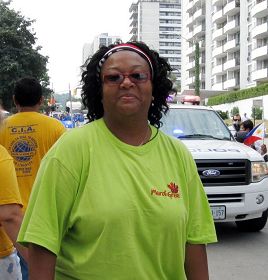 The organizer said that the Divine Land Marching Band is one of the most popular entries in the parade. 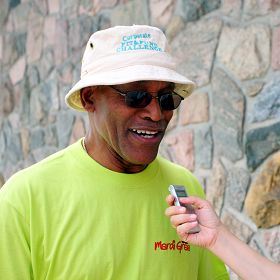 The director of the parade praised the band's good discipline.

The organizer of the parade said that they have invited the Divine Land Marching Band to the parade every year, since they learned about the band. “It is worth it. They come early and get prepared well before the parade starts. Their performances are excellent. It is one of the most popular entries in the parade,” she said.

The director of the parade said that this year marks the 10th anniversary of the Caribbean Carnival, and eleven groups participated. “We invite the Divine Land Marching Band every year. The band has good discipline. They were the first one who got here this morning.”

Clement also praised the band for their performances. “From the audience's feedback you can tell how popular they are. This is also the reason why we invited them several years in a row. This band has contributed a lot to the multicultural Canada,” he said.

Many spectators expressed how they like the Divine Land Marching Band. David Ang immigrated from Indonesia eight years ago. His grandfather is Chinese, so he likes traditional Chinese culture. He said: “I like this special band the most. I am always touched when I see them these years. Their performances are touching and make people comfortable. I have a special feeling for them, which cannot be described by language. I just like them,” Ang said. 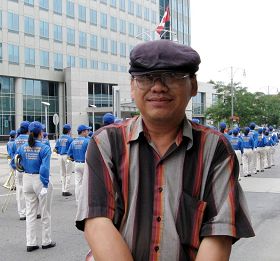 Rod and his family are from Venezuela. They were happy to take a photo with the band in the background. Rod said that the band's performances were absolutely excellent. “We came to Canada 10 years ago. This is the first time that we've seen this band. We really enjoyed their performances. They gave us wonderful feelings,” Rod said. 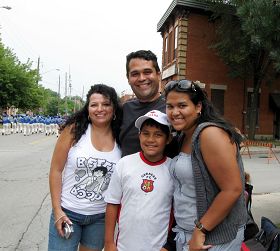 Rod and his family