Taiwan: Clarifying the Truth of Falun Gong at Taipei 101 (Photos)

(Clearwisdom.net) Taipei 101 is a landmark skyscraper in Hsinyi District, Taipei. The building was the tallest in the world from 2004 until 2010. It is one of the most famous tourist spots in Taiwan, and attracts thousands of Chinese tourists every year. Local Falun Gong practitioners come to Hsinyi Square, in front of Taipei 101, every afternoon. They demonstrate the exercises, pass out truth-clarifying materials, and talk to Chinese tourists, telling them what Falun Gong is and what is happening in China.

Every day numerous Chinese people are attracted to the practitioners' activities. Chinese tourists often sit in a nearby area that has several tables and chairs, and read the truth-clarifying display boards, Falun Gong flyers, and newspaper. 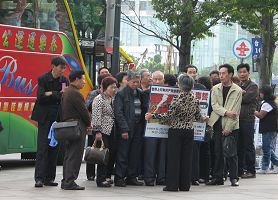 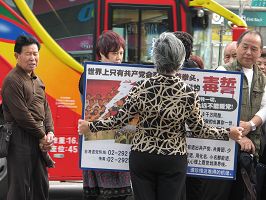 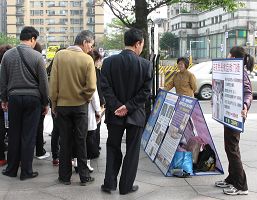 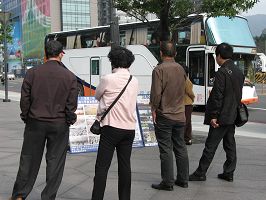 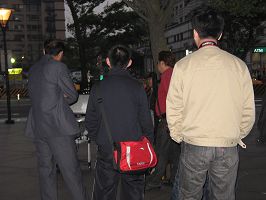 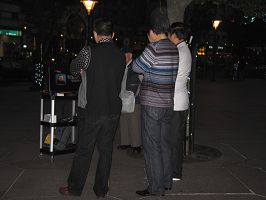 One hot day in June, a Chinese gentleman carefully viewed the display boards one by one. He read the text more than once, despite the hot weather. When a practitioner gave him a copy of the Nine Commentaries on the Communist Party, he thanked her, and said, “I knew that I would learn something valuable in Taiwan. This Taiwan trip cost me a fortune, but after reading all this, I think it is worth it.”

“Review of Falun Gong Human Rights Lawsuits in Canada and the U.S.A. (Photos)”