(Clearwisdom.net) Officers from the Donggang Police Department in Rizhao City, Shandong Province took Ms. Qian Chun to the infamous Shandong No. 2 Women's Forced Labor Camp in Wangcun, Zibo City on January 4, 2011. Her family has made many phone calls to Division 1, where Ms. Qian is being held, to inquire about her situation, but the guards have rudely hung up each time. Ms. Qian's parents are in their seventies, her grandfather is nearly 100 years old. They and her under-aged daughter are worried about her safety. 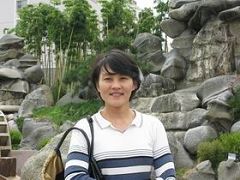 According to an insider, Ms. Quan has been resisting the persecution with righteous thoughts. She has refused the brainwashing, remained steadfast in her belief in Truthfulness-Compassion-Forbearance, and demanded an unconditional release. Labor camp officials have responded her reasonable and legal requests by placing her under “strict control,” and not allowed her to call or correspond with her family, nor have they allowed her family to visit her.

Ms. Qian was arrested on November 10, 2011, as she distributed Shen Yun performance DVDs in Tianjia Village. Officers from the Qinlou Police Station made the arrest, and took her to the Rizhao Detention Center the next day. Ms. Qian was given a two-year forced labor term on the afternoon of January 20, 2011. Officers from the Donggang Police Department sent Ms. Qian and two other practitioners, Ms. Ding Xi and Ms. Chen Xihong, to the Shandong No. 2 Forced Labor Camp in Wangcun, Zibo City on March 3, 2011.

Her family has not been informed of her whereabouts, nor have they received any written notifications. They have no way to contact her, and the relevant authorities have refused to explain why she can't contact her family. Not a single government agency will take the responsibility for her disappearance.

Ms. Qian's entire family has been traumatized and is living in inexplicable fear and anger.

People of justice, please pay attention to this situation and express your concern, in order to stop the persecution at Shandong No. 2 Women's Forced Labor Camp.