(Clearwisdom.net) On the morning of May 13, 2011, a hearing was held in a federal court in Sydney regarding Ms. Zhang Cuiying’s appeal of her lawsuit against Jiang Zemin, the former Chinese Communist Party (CCP) head and chief culprit in the persecution of Falun Gong in China. In 2004, Ms. Zhang filed a lawsuit against Jiang for torture and crimes against humanity. The supreme court of New South Wales recently ruled that Jiang qualified for diplomatic immunity. 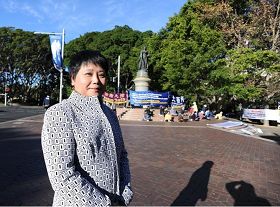 “Even though this lawsuit has lasted for seven long years, I will continue my efforts to bring Jiang to justice, no matter how hard it is. Falun Gong practitioners are good people who follow the principles of Truthfulness-Compassion-Forbearance. Jiang launched an unprecedented brutal persecution against them in July 1999, in a campaign to eradicate human conscience. Its disastrous impact on humanity is beyond genocide. How can such immeasurable crime be forgiven? How can he escape justice?

“Since I filed the lawsuit in 2004, the CCP has tried every tactic imaginable to sabotage it and to pressure the Australian government to intervene. I will never give up, no matter how hard it is.”

At the hearing, Ms. Zhang’s lawyer presented the basis of the appeal. He stated that neither Australian laws nor international laws recognize immunity for officials who are charged with torture. 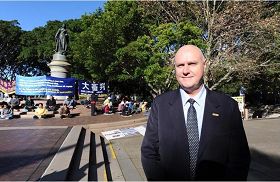 John Deller, member of the New South Wales Falun Dafa Association, said that countless Falun Gong practitioners have been arrested, detained, tortured, and even killed by the CCP regime. Those who are not arrested are also living in a very suppressive environment and being tormented all the time. Although the torment is not concrete, it as painful as physical torture. The CCP’s crimes against Falun Gong are beyond the definition of genocide. The lawsuit against Jiang Zemin seeks justice for the persecuted practitioners and seeks to have China reflect on the persecution.

A priest in a church near the court commented that the Australian people should not yield to the pressure from the CCP. He said, “The simple analogy is that no one would defend Hitler and grant him immunity.”