(Clearwisdom.net) Falun Gong practitioner Mr. Wang Hao lives in Wuhan City. During the 12-year-long persecution of Falun Gong, he was incarcerated six times and sentenced to forced labor twice—once in 2002 and again in 2005. 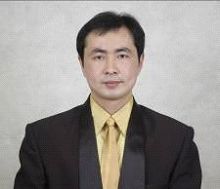 He became very healthy after he began to practice Falun Dafa in July 1996. He also became a reliable and responsible employee and did not compete for recognition, prestige, or financial benefits.

Mr. Wang has so far been imprisoned six times, detained in brainwashing centers numerous times, and sentenced to forced labor a couple of times since the beginning of the persecution in July 1999. The No. 709 Institute fired him. Communist Party Committee head Li Hua of the No. 709 Institute and Party branch head Xie Jiarong closely followed the regime's vicious directives. They worked with the district 610 Office and the police department to brainwash Mr. Wang. In addition, they also had thugs monitoring his residence.

The first time his employer worked with Hongshan Police Station agents to arrest Mr. Wang was in July 1999. They held him in the No. 709 Institute, where they interrogated and detained him for six months. They justified their illegal action by claiming that, as the local coordinator of Falun Gong practitioners, Mr. Wang needed to confess to them about his "organization.”

While at work in July 2000, Mr. Wang was detained in the hostel of the No. 722 Institution and brainwashed for a month by the company’s authorities and agents from the Wuhan City Police Department. They tried to force him to denounce his faith. After that he was put under house arrest inside the No. 709 Institute for another six months. He completely lost his personal freedom and was detained for the second time.

The No. 709 Institute officials told Mr. Wang to work extra hours in December 2000. When he got there, the Institute collaborated with agents from the Guanshan Police Station to detain him in Hongshan District 610 Office and brainwash him for six months. That was the third of Mr. Wang's terms of detention.

He was detained for the fourth time in May 2002. One day at work, the institute, working with Hongshan District police agents, escorted Mr. Wang against his will to a detention center. He was later sentenced to one and a half years of forced labor.

The No. 709 Institute human resources head, Wang; security head Wang; and personnel from the Hongshan District Notary Office went to Mr. Wang’s residence in March 2004 to deliver to him his notice of termination, which said that, because he refused to stop practicing Falun Gong, the Institute had fired him.

While Mr. Wang and his wife were posting flyers that contained the truth of Falun Gong in the evening on July 16, 2005, at Yuehuqiao in Hanyang City, Qiaokou Domestic Security under-cover policemen arrested them. Following their arrests, the under-cover officers and those from the Hongshan Police Department and from the Guanshan Police Station searched the couple's residence in their absence. The police ransacked it, taking all valuable items and cash. They even took a pair of broken scissors. It was not until his family protested, complained, and appealed to the Hongshan Police Department on July 18, 2005, that the police issued them a receipt based on the information on the form that the family filled out.

After that, Hongshan Police Department agents detained Mr. Wang for 15 days. When he refused to tell them any other practitioners’ names, they held him on criminal charges. During that time his family was not allowed to visit him. Because he still refused to renounce his faith, he was sentenced to one and half years of forced labor. He was incarcerated in Hewan Forced Labor Camp in Wuhan City.

While there, Mr. Wang was tortured in many different ways. He was forced to stand for long periods of time, locked up in a small cell, brainwashed, and forced to do hard labor. He was forced to stand up for three, seven, and nine consecutive days without sleeping. As a result he began having illusions, high fever, and urinated blood. His bowels stopped working, his legs were swollen, and his feet were infected and leaked yellow fluid.

After one and a half years in the forced labor camp, in January 2007, the labor camp still refused to release Mr. Wang. Instead, 610 Office agents in the Hongshan District and Guanshan Police Station personnel escorted Mr. Wang to the Erdaopeng Brainwashing Center in the Jianghan District where he was detained for one month. That was his sixth detention.

The following lists the main persons and organizations who participated in the persecution of Mr. Wang: