(Clearwisdom.net) Falun Gong practitioner Mr. Gai Xiulong comes from Tananpo Village, Jiangtuan Town, Laiyang City, in Shandong Province. He confronted 610 Office agents after they illegally arrested his relative during the 2008 Olympics Games. He was arrested and taken to the Laiyang Detention Center, where he was savagely tortured until he was vomiting blood and near death. The guards then told his father, who had been tortured in another cell, to carry him to the detention center office. Officials eventually pushed both father and son out the front gate. Gai Xiulong’s father was in his sixties and was weak after being brutally tortured, yet he had to carry his critically ill son home on his back.

Agents from the Laiyang City Police Department 610 Office, along with about 20 officers from Jiangtuan Police Station, arrested Gai Guangqi, who is Gai Xiulong’s father's brother, at 10:30 a.m. on August 4, 2008, prior to the Olympics Games. It happened as he was working in his own shop. They looted the store and stole cash, Falun Gong books, several MP3 players, recorders, and other private belongings, and took Mr. Gai to the Laiyang Detention Center. 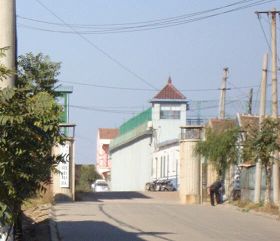 Mr. Gai Guangqi’s wife; sister; two brothers; brother-in-law; nephew, Gai Xiulong; and two friends went to the Laiyang Domestic Security Division and the 610 Office. They confronted Wei Haibo, who had arrested Gai Guangqi, and demanded his release. Wei Haibo said to them, “If you want to solve the problem, get in the [police] car and we’ll find a better place to talk.” Gai Xiulong, who was surrounded by officials, realized it was a trap and refused to get into the car. The police handcuffed him and threw him into the car, along with the others in the group. Only Gai Guangqi’s brother-in-law escaped safely. The officers drove to the Wenhua Road Police Station. Gai Guangqi’s younger brother jumped from the fourth floor and left safely.

Officers Wei Haibo, Liu Peng, and several others from the Wenhua Road Police Station took six of Gai Guangqi’s family members to the Laiyang Detention Center between 3:00 p.m. and 4:00 p.m. that same day.

When the family was first taken to the detention center office, a guard repeatedly slapped Gai Guangqi’s older brother Gai Guangsheng's face. He called a few armed police officers, and together they kicked him to the ground, despite the fact that he was in his sixties. They stepped on his neck while kicking his face with their boots. His face quickly turned black and blue, and blood gushed from his face and hands, staining his clothes and the floor. They withheld his and other family members’ private belongings and took more than 1,000 yuan, which was all the cash Gai Guangsheng had with him.

Gai Guangsheng’s son, Gai Xiulong, was held in cell No. 18. Following orders from the head of the detention center, a head inmate dragged him by the collar to a metal gate, next to the place where the inmates were allowed to exercise. Several inmates arrived and took him to the death bed. They handcuffed and shackled him, bound his arms to the bed with metal chains, and locked them, with him facing upward. They wrapped the chains around his arms three times and tightened them. He soon lost all feeling in his arms. They then connected the handcuffs and shackles with a metal chain. This often causes the victim’s body to hang in the air (see re-enactment picture at the link below). Moreover, the bed is higher at one end than the other, causing the victim’s head to be lower than his legs and feet, which leads to dizziness and sometimes unconsciousness. At first, the face swells and the victim has difficulty breathing. Over time the victim’s calf muscles twitch, and he develops constipation. His back muscles ulcerate and he feels as if his chest, back, and buttocks are being severed. Gai Xiulong was tied to the death bed for about ten consecutive days, except for the times when he was taken down for force-feeding. 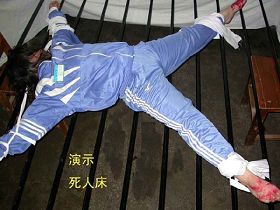 Gai Xiulong held a hunger strike during his 14-day incarceration. When he was taken back to the cell after being force-fed for the second time, guards for cell No. 18 ordered two inmates to re-immobilize his arms with a metal chain and tighten it as much as possible. His arms were cut, and they bled and became numb. They then further tightened the chain that connected the handcuffs and the shackles. This torture continued all day and night. Gai Guangqi’s brother, Gai Guangsheng, was also bound in a death bed for five days and nights. At the time there were 14 inmates held in the cell. Officials had authorized all of them to torture Falun Gong practitioners. The more brutal they got, the more they were rewarded, including having their sentences reduced.

Head inmate Zhang Yudi and inmate Xu Shikuan burned Gai Xiulong’s right foot with cigarettes. Xu Shikuan also put a lit cigarette between Gai Xiulong’s right big toe and first toe until the cigarette burned out. Other inmates hit his toenails with rubber bands that were tied to hard objects and stabbed him with knitting needles. One inmate scraped and broke the skin on Gai Xiulong’s left arm by digging the needle back and forth and then rubbed salted vegetables into the wounds. He rubbed garlic into Gai Xiulong’s eyes, making him tear up. Due to the brutality, Gai Xiulong had difficulty urinating and was told to report and get permission before using the restroom. Gai Xiulong refused to follow this dehumanizing order and was forbidden to use the restroom. Sometimes he was savagely beaten and kicked to the ground while the officials kicked his mouth. He once had to relieve himself in his clothing.

One day a guard ordered an inmate nicknamed Lao Men, around 60, to insert two fingers into Gai Xiulong’s nostrils and yanked up his entire body by his nose. His nostrils were torn, and there was blood all over his face. That afternoon they took Gai Xiulong to an empty cell and tried to give him an IV infusion. He refused to cooperate, struggled, and was brutally tortured. Officials then took him to the Laiyang Central Hospital and tried to draw his blood. Because he was so weak after the prolonged abuse they could not get any blood, despite several tries, and took him back to the detention center.

The head inmate for cell No. 18 whacked Gai Xiulong’s face many times with shoes and kicked his mouth until blood streamed down his face. 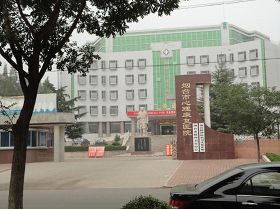 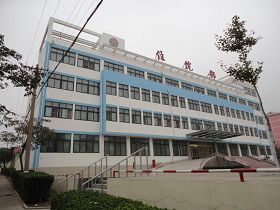 On the way to the first force-feeding, officials put the quilt-wrapped Gai Xiulong into a vehicle with two armed police officers and four inmates. Another vehicle carrying guards and officials followed behind to the mental hospital. At the hospital, several doctors stood ready to administer the force-feeding. Two armed police officers guarded the door while four inmates held him down, even though he was already handcuffed and shackled. Detention center officials pushed his head and chest down while a young woman doctor began the force-feeding. Strangely, she could not get anything inside his mouth no matter what she tried, and the attempt ended hastily.

During the next force-feeding, an elderly woman doctor inserted the force-feeding tube through his nostril into Gai Xiulong’s mouth and then said, “Oops, wrong spot.” She pulled the tube out and repeated the process several times before getting the tube correctly placed. Then she pulled the tube out again. Stomach acid on the tube got into Gai Xiulong’s mouth. After they took him back to the detention center and he still refused to eat, the guards force-fed him with large cooking spoons and a funnel inserted into his mouth.

They again tied him to the death bed. His mouth ulcerated from the leaked stomach acid following each feeding. It is suspected that drugs were mixed into the feeding solution which contributed to this. He developed a thick layer of bitter substance on his tongue and he became mentally dull.

About ten days later, the 30-year-old Gai Xiulong fell unconscious. The guards had him taken to the open space at the front of the detention center. Detention center officials and 610 Office agent Wei Haibo arrived and rushed him to the Laiyang Nursing School Hospital for oxygen therapy and drug infusions, four or five bottles at once. When they took him back to the detention center that night, Gai Xiulong could no longer urinate due to the heavy doses of drugs. He could not close his mouth, which was dry, with a bitter taste. His tongue was covered with a thick layer of foam and he shook uncontrollably.

The guards told Gai Xiulong’s father, who was being abused in another cell, to carry him to the office, but only when everyone thought Gai Xiulong was going to die. Officials then pushed father and son out the door so that Gai Xiulong would not die there.

His neighbors were shocked that afternoon when Gai Xiulong’s father carried him home. His face was pale, he was covered with wounds, and his muscles had atrophied. He had a blank look in his eyes, his face was severely disfigured and swollen, and his buttocks had severe ulcerations. It was hard to believe he had been in the detention center for only about two weeks. He was abnormally thirsty when he was first taken home and drank a large quantity of water—about 30 jin [about 15 liters]—in two days. He eats one watermelon and drinks two or three cartons of milk a day. His abdomen often aches, and he has to avoid any major movement as it causes unbearable pain.

“Stepping Out of the Old Forces' Arrangements, Firmly Cultivating and Validating the Fa”