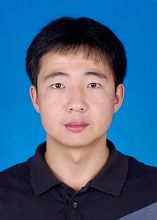 Mr. Feng Xingji, originally from Gansu Province, is an analyst at the Materials Research Institute of No. 31 Heavy Industrial Co., Ltd..

The judge then ordered court police officers to take Ms. Liu away from the defense seat.

The trial had lasted less than 30 minutes when the judge announced that the case would be tried again another day.

Please refer to the original Chinese article for the more people in the persecution.