(Clearwisdom.net) Mr. Li Huosheng used to suffer from tuberculosis, ulcers and other illnesses. He has been to the hospital many times and spent a lot of money on medical treatment, but all was to no avail. However, his illnesses soon disappeared after he started practicing Falun Gong in 1994. 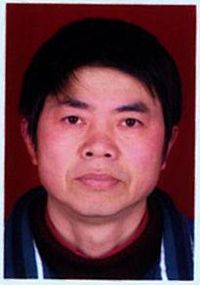 Officials at Wuhan 610 Office planned and organized the arrest of several dozen Falun Gong practitioners on April 19 and 20, 2011.

The head of security at Changchun Neighborhood Residential Committee, Chen Qinsheng, and police officer Xu led a dozen people, including officers from Wuhan Police Department and Meiyuan Police Station in Wuhan, to Mr. Li Huosheng's home at around 1 a.m. on April 20, 2011. They confiscated three mobile phones, truth-clarification materials, Falun Dafa books, a printer, cash and other personal belongings. Mr. Li was handcuffed and forcibly taken away. The phones belonging to his wife and child were later returned, but Mr. Li's cell phone was never returned.

Mr. Li Huosheng's family members went to Meiyuan Police Station and Changchun Neighborhood Residential Committee to demand his release. However, both places refused to release him.

Mr. Li is being held at Wucang District Detention Center in room 406. He has been tortured and interrogated by officers from Wucang Police Department.

On May 28, 2011, officers from Meiyuan Police Station told Mr. Li's family members to come to the police station to pick up the arrest warrant. The paperwork was not signed, and charges imposed on the family were fabricated.

A secret trial was held on September 27, 2011 for Mr. Li, and the court didn't notify any of Mr. Li's family members or his company of the trial date. There was no defense lawyer to represent Mr. Li, and it was not until Mr. Li sent a letter from the detention center to his family, that they became aware that he had been sentenced to five years in prison. This was the first letter Mr. Li's family was able to receive from Mr Li detailing information about his situation, as all other letters were withheld by the police. Mr. Li's family did not receive any legal documentation from the court, either.

Mr. Li's wife, who is not a practitioner, went to Wucang Court to ask the Presiding Judge Zhang Wei for documentation of the verdict. Zhang did not provide it, and rudely asked why she wanted it. Mr. Li's wife said that she had the right to know. She went to the court three times before she was finally given the information. Mr. Li has filed an appeal against the court decision.

Mr Li was the main source of income for the family, as Mr. Li's wife didn't have a regular job and their child didn't work either. The persecution of Mr. Li has put the family into a very difficult financial situation.

According to incomplete statistics, officials from Wuhan 610 Office ordered the arrest of 45 Falun Gong practitioners between April and May of 2011. Twenty seven practitioners were taken to a brainwashing center, at least three were sentenced to a forced labor camp, and there are plans to bring nine practitioners to court. Even more practitioners have been harassed by the police at their homes. The whereabouts of Mr. Zhang Weijie, Mr. Zhang Su and Mr. Xiong Weiming are unknown. Mr. Feng Zhen and Mr. Feng Yun, who are brothers, are still being held in a detention center.

Those involved in the persecution: