(Clearwisdom.net) Falun Gong practitioner Ms. Xiao Yingxue was a public servant at Qiaokou District Administration for Industry and Commerce in Wuhan City. After being persecuted at the Wuhan Women’s Forced Labor Camp for 15 months, she was secretly taken away by officials from the Qiaokou District 610 Office on October 6, 2011.

Presumably, Ms. Xiao Yingxue was transferred to a brainwashing center for further abuse. Her loved ones are very worried about her condition. Since the communist regime began the persecution of Falun Gong in July 1999, she has been arrested eight times by Qiaokou District 610 Office and sent to the brainwashing center six times. She was once brutally beaten to critical condition and sent to Wuhan City No. 1 Hospital for emergency rescue. She was sent to a forced labor camp twice. Her employee dismissed her and didn’t give her any compensation. Her husband had to divorce her because of the unbearable pressure from the authorities. Officials from Qiaokou District 610 Office often went to her home and harassed her causing her to leave her hometown to avoid further persecution.

In this forced labor camp practitioner Ms. Wang Yujie was persecuted for 12 months. She was then transferred to the Hubei Province "Law and Education" Institute, which was set up as a secret prison to brainwash practitioners by the 610 Office on March 11, 2011. The guards tortured her so severely that she passed away two months later. She was only 24 years old.

Another practitioner, Ms. Yang Weifang, was also subjected to 12 months of forced labor. The 610 Office transferred her to the Etouwan Brainwashing Center in Qiaokou District at around 12:00 am on March 29. In the brainwashing center she was tortured to critical condition and was sent to the Wuhan City No. 10 Hospital, her current condition is unknown. 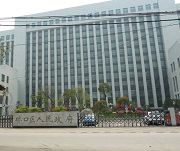