(Clearwisdom.net) A “law enforcement officer” purchased a basement in the downtown area of Luoyang City, Henan Province where he dug a cellar and kept six young women, whom he had lured into his den from places like night clubs. These women were treated as sex slaves for two years, during which time, bloody murders took place. A local media reporter exposed this “sex slavery”case on September 22, but he was soon “questioned” by the local communist regime agents and was warned that this case fell into the category of “state secrets.” The threatened reporter fled from Henan that very night.

This case inspired many Internet users in Mainland China to post a list of “state secrets with special regime characteristics,” which included: exclusive foods, property owned by regime officials, female stars attached to corrupt officials; some also listed incidents the regime tried to cover up, such as the stampede in Yucai High School in Hunan, the bridge collapse in Zhuzhou, the death toll from the mining accident in Wang Jialing, mis-use of public funds by the Ministry of Foreign Affairs for private purposes (cars, banquets, overseas trips) as well as other incidents.

From the Luoyang City sex slavery case, people can see very clearly that under the cover of “state secrets” are hiding the communist regime's filthy conduct as well as its crimes. By browsing the Internet, one can find a huge number of relevant items when searching “safeguarding legal rights” and “state secrets,” and almost all of them concern cases in which the CCP has used “state secrets” to attack people's legal rights, and the victims are trying to seek justice. No wonder Internet users become emotional or post jokes about “ridiculous state secrets,” “how many more state secrets to come?” The situation reminds me of a case regarding “leaking state secrets” that happened in 1999.

On September 27, 1999, 42-year-old Ms Zhao Jinhua, a Falun Gong practitioner from Zhaojia Village in Zhangxing Town of Zhaoyuan, Shandong Province, was taken from a farm field where she was working to the local police station in Zhangxing Town. Ten days later on October 7, she was tortured to death. Before she died, the police used all kinds of means to torture her, trying to force her to give up her spiritual practice. However, no matter what they did to her, she kept saying firmly that she would continue. After her death, a forensic autopsy report by a medical professional in Yantai showed that except for her head, her body had sustained multiple wounds; there was subcutaneous bleeding underneath the skin, spanning 120 x 60 millimeters. The report concluded that she had been beaten with padded objects, which caused internal damage rather than external damage, and that was the reason for Zhao Jinhua's death. (Full story: Remembering Ms Zhao Jinhua, the First Falun Gong Practitioner Tortured to Death in Police Custody)

Ms. Zhao Jinhua started to practice Falun Gong in 1995. The news of her death from persecution soon spread overseas and was widely reported. However, in order to find who had disclosed the case to the public, Zhaoyuan City's Party Committee and the police department set up 10 special task force teams, each made up of at least six members. Against the law, they started arresting Falun Gong practitioners en masse, interrogated them with torture, dismissed them from their jobs and sent them to forced labor camps. Nearly 100 people were arrested and some were detained for over 70 days; some were sent to forced labor camps and one of the main “crimes” they were charged with was “leaking state secrets.”

According to reports from the Associated Press, AFP and Reuters, Falun Gong practitioners Liu Jinling, Li Lanying, Chi Yunling and Chen Shihuan who exposed the death of Zhao Jinhua were arrested and charged with “leaking state secrets.” Li Lanying and Chen Shihuan were sentenced to three years of forced labor in December 1999.

Since 1999, when the communist regime started to persecute Falun Gong, it has always used “state secrets” as a cover-up for their crimes. For example, in the widely publicized persecution case of Ms. Chen Zixiu, her daughter was also arrested for “leaking state secrets.” 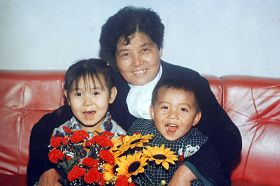 On April 20, 2000, The Wall Street Journal published a headline report titled: “'Practicing Falun Gong Was a Right', Ms. Chen Said up to Her Last Day.” The article reported in detail how Falun Gong practitioner Ms. Chen Zixiu was tortured to death by the CCP police in Weifang, Shandong Province. The article drew great attention to the persecution of Falun Gong and reporter Ian Johnson won the Pulitzer Prize for journalism that year for his article. Fifty-eight-year-old retiree Chen Zixiu was from a village in Weifang. Because she refused to give up her belief in the principles of Truthfulness-Compassion-Forbearance, she was arrested by police and detained at the neighborhood committee office to be brainwashed and “transformed.” On February 20, Ms. Chen was beaten to death.

The article stated, “Officials from the Chengguan Street Committee used plastic truncheons on her calves, feet and lower back, as well as a cattle prod on her head and neck, according to witnesses. Her screaming could be heard throughout the night. Enraged, the local officials ordered Ms. Chen to run barefoot in the snow and demanded that she renounce her faith in Falun Gong. After another round of jolts, she still stubbornly shook her head... ...”

On February 22, Ms. Chen's daughter Zhang Xueling went to identify her mother's body with her brother and saw her mother's torn, bloodied clothes in the corner of the room. Her mother's lower legs were black in color and there were six-inch welts across her back Her teeth were broken. Her ear was swollen and blue. Her family tried filing a lawsuit, but no lawyer would accept the case. On March 17, her mother's body was cremated without her family's consent. On April 23 her daughter talked to the The Wall Street Journal reporter about her mother's murder, but soon afterwards she was arrested by the police and was charged with crime of “leaking state secrets.” After she was released on May 1, Ms. Zhang, with her five-year-old child, spent over a year trying all sorts of channels, seeking justice for her mom's brutal murder. However, a year later, on April 24, she was sentenced to three years of forced labor by the Weicheng District Police Department in Weifang.

On August 15, 2006, human rights attorney Gao Zhisheng was secretly arrested by the regime, and once again they used the excuse of “state secrets” to deny lawyers engaged by his family the right to meet with Mr. Gao. On February 4, 2009, Mr. Gao was taken away by the police from his hometown and to this date, he has been “missing.” What “state secrets” could Mr. Gao possibly have access to? He made his own investigation into the facts of the persecution against Falun Gong practitioners and made his report public in the form of an open letter. In other words, “state secrets” are the CCP's behind-the-scenes criminal acts.

In 2010, UN Special Rapporteur on Torture, Mr. Manfred Nowak pointed out in the annual report submitted to the UN Human Rights Council's 13th Session that the human rights abuses against Falun Gong in China still was still going on and he particularly mentioned that “state secrets” had been used as a means to persecute people. He wrote in the report, “China maintains the most institutionalised method of opposing political dissent that I have encountered. Political dissidents and human rights defenders, ethnic groups that are often suspected of separatism (particularly Tibetans and Uyghurs), as well as spiritual groups such as Falun Gong are often accused of political crimes such as endangering national security through undermining the unity of the country, subversion or unlawfully supplying State secrets to individuals outside the country. Such individuals are not only at a high risk of torture when arrested, but the Re-education Through Labour (RTL) regime that is often used as a sentence for political crimes employs measures of coercion, humiliation and punishment aimed at altering the personality of detainees up to the point of breaking their will, and can itself be considered as inhuman and degrading treatment or punishment, if not mental torture.” [13th session of the Human Rights Council: Reports; A/HRC/13/39/Add.5]

As early as 12 years ago, communist party agents who participated in the persecution of Falun Gong started to use “state secrets” to cover up their crimes, and for 12 years, the Party has used the regime's entire state apparatus to continue the systematic persecution. During this time, the regime's “law enforcement personnel” at all levels have applied this means in the persecution and have extended it to all other sectors. Of course, they use the same means to deal with other innocent people and to cover up their crimes in other sectors. This is the reason why Internet users share their increasingly rising complaints about “endless state secrets.” Behind these alleged “state secrets” are countless shockingly despicable stories.

Everyone can expose the evil crimes behind these false “state secrets” by clarifying the facts and thus help stop the persecution against Falun Gong and stop the CCP's crimes against the Chinese people. This is the first step the Chinese people can take towards social justice.

“Searching Within by Looking at Events Around Me”