New York: March Held in Chinatown to Condemn the Persecution of Falun Gong and Support the “Tuidang” Quit-the-CCP Movement (Photos)

(Clearwisdom.net) On October 16, after the rally supporting the 104 million Chinese people who quit the Chinese Communist Party (CCP), Falun Gong practitioners and supporters in New York held a march in Chinatown, Manhattan, condemning the CCP's atrocities and calling for an the end to the persecution of Falun Gong. 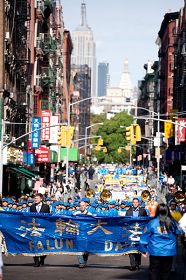 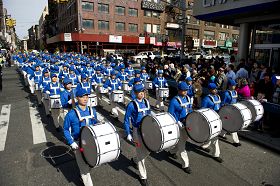 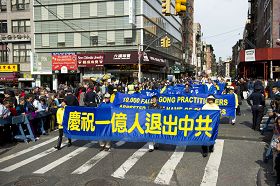 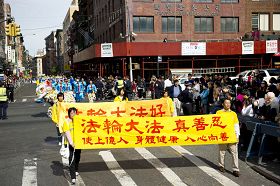 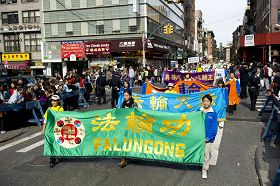 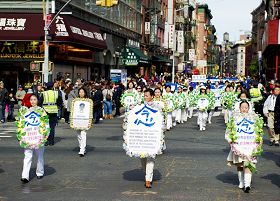 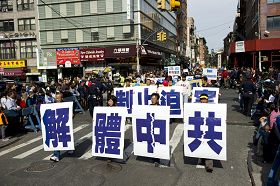 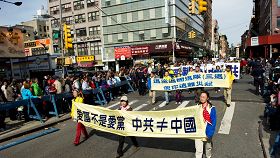 Banner: The CCP does not equal China. 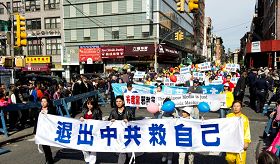 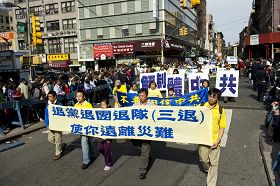 Banners: Calling upon Chinese people to recognize the evil nature of the CCP 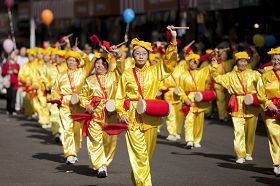 The march consisted of three sections: Falun Dafa Around the World, Stop the Persecution, and Quit the CCP. Many Chinese people watched the procession.

The Divine Land Marching Band performed in the parade. Practitioners also performed a dragon dance. Following the dance, dozens of practitioners dressed in white carried photos of those who were tortured to death in the persecution, calling for help to end the persecution. Participants in the third section carried banners and posters exposing the evil nature of the CCP and calling upon Chinese to withdraw their memberships to the Party.

Some Chinese people commented that the march was full of positive energy. Some expressed their support for Falun Gong and condemned the CCP's tyranny.