On about August 10, 2010, Ms. Zhao Fengrong from the Third Division, Qixing Farm, Jiansanjiang, was arrested by four police officers. She had been looking after a few children for others in her home. Her family members asked every source they knew where she was and finally figured out that she had been taken to the Qinglongshan Brainwashing Center 100 kilometers away from her home.

On August 22, 2010, practitioner Zheng Jie, also from Qianjin Farm, was arrested at home by four police officers and has been detained in the Qinglongshan Brainwashing Center since then.

Practitioner Zhang Xizeng was arrested at work by police officer Zhao Yijun from Qixing Farm and three other officers on the afternoon of August 22, 2010. Afterward, the police drove to Zhang Xizeng's home to pry for information.

At the end of July, CCP Politics and Law Committee Secretary Liu Bo in Jiansanjiang called all of the 610 Office heads to have a meeting in the Qinglongshan Brainwashing Center to implement the persecution of Falun Gong practitioners. Under orders from the Heilongjiang Agriculture and Reclamation Bureau, the Qinglongshan "Law Training Center" was founded in 2010. It was actually a brainwashing center that effectively deprives citizens of their freedom. 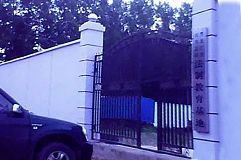