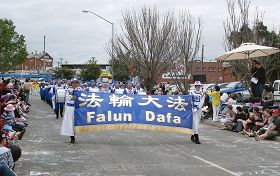 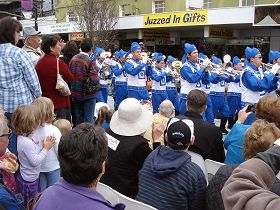 One hundred and thirty five groups participated in the parade. The Divine Land Marching Band, consisting of Falun Gong practitioners from Sydney and Melbourne, performed many songs during the one-hour long parade, and their performances were warmly welcomed by spectators. The band was followed by practitioners from Queensland performing with waist drums.

According to the organizers , about seventy thousand people watched the parade.

“Fa Teaching Given at the 2010 New York Fa Conference”