(Clearwisdom.net) The 43rd annual St. Tite Western Festival in Quebec started on September 9 this year and will end on the 19th. The organizers invited the Canadian Divine Land Marching Band to participate in the parade on the 12th. 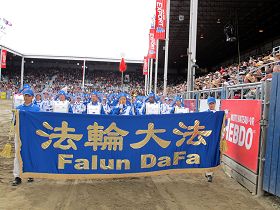 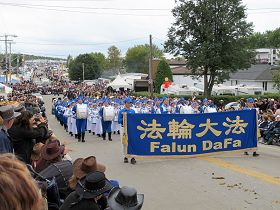 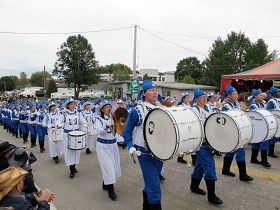 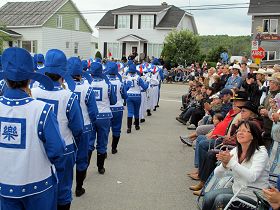 St. Tite is a small town near Montreal in the middle of the province of Quebec. It has a population of four thousand. The annual Western festival in St. Tite is one of the biggest cowboy festivals in eastern Canada. This year, 150,000 people attended. On the three-mile-long parade route, the Divine Land Marching Band performed five songs. Many people enjoyed their performance and asked where the band was from. Parade organizers thanked the band for its excellent performance and for coming to their small town.