(Clearwisdom.net) On September 12, the Falun Dafa Association and the Service Center for Quitting the Party in Taiwan held a rally and parade in Kaohsiung, supporting 80 million Chinese people withdrawing from the Chinese Communist Party (CCP) and its associated organizations. 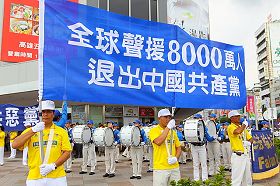 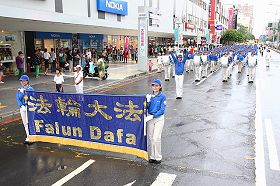 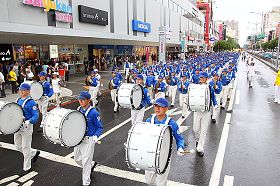 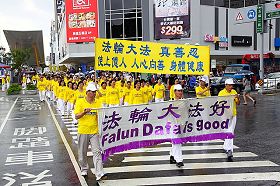 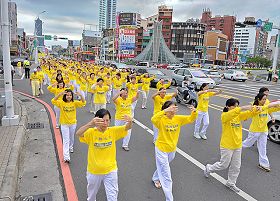 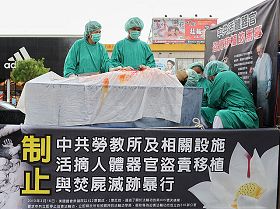 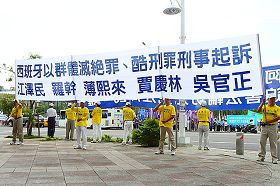 The attendees reviewed the brutal facts of the persecution of Falun Gong by the CCP in China, and called upon people to recognize the evil nature of the CCP. 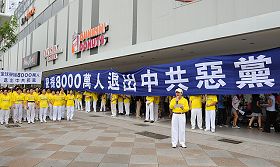 Mr. Zhen Qimei, the representative from the Falun Dafa Association, giving a speech. 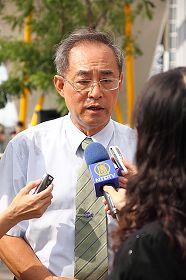 Prof. Liu Zhengyi from the Service Center for Quitting the Party

Many local political leaders gave speeches at the rally expressing their support. 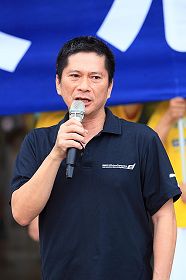 Mr. Li Yongde, the vice mayor of Kaohsiung, said that Falun Gong practitioners should be respected and protected in China. 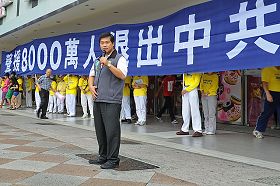 A parade was held after the rally in which the Divine Land Marching Band, consisting of local Falun Gong practitioners performed. Hundreds of practitioners demonstrated the Falun Gong exercises and held re-enactments to expose the torture methods that the CCP uses on practitioners in China. Practitioners also informed people about the many lawsuits against the murderers involved in the persecution.