Senator Scott Ludlam praised Falun Gong practitioners for their courage in exposing the persecution by the Chinese Communist Party (CCP). He said, "I think that these people have been really brave. I spoke at some rallies most recently in Canberra, when the Chinese Deputy Premier was in Canberra only a couple of weeks ago. I was invited to a rally that Falun gong practitioners had organized. I think that it is very important for them to speak out here in Australia and elsewhere about the treatment that they received in China."

"The Australian government and Australian people value our relationship with China. But that means we must be able to criticize them when issues like these come to life. There is now such a wealth of evidence, and it's been so well documented that we simply can't stay silent any longer. I think that the Australian government needs to take a look at whether its commitment for human rights has started coming second to its commitment to trade and to the economic relationship between the two countries. I think that most Australian people would prefer that human rights take priority. We are not afraid to raise these issues diplomatically at a highest level with the Chinese government."

Regarding the lawsuit against Jiang Zemin, Senator Ludlam said, "I believe that human rights lawyers active in China and in Australia, particular in Australia, are doing very, very important work on that case. I think that it will set up a very important precedent if they are able to succeed." 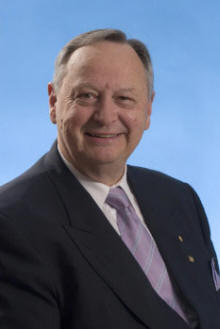 I know that the Australian government has granted permission for Jiang Zemin to come to this country. I do not believe that he should be granted immunity. In fact, he is no better than some of the criminals that have faced trial in the war crimes tribunal. Because those people were also involved in the persecution and killing of people with different religious beliefs to their state government."

On human rights issues and trade, Moyes said, "China is a very major trading partner with Australia and we depend upon China purchasing our mineral resources. But trade should never be at the expense of human rights. I believe that the Australian government must stand firm on the issue of human rights. They can still trade with China even though we may be threatened with trade losses because of our human rights stance, but I believe we should stand for human rights ahead of commercial trade." 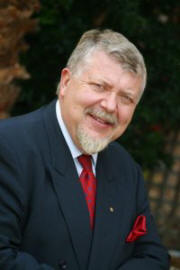 Former Human Rights Commissioner Dr. Sev Ozdowski OAM said, "It's a very tragic anniversary. It is extremely tragic that the CCP decided to persecute Falun Gong for practicing their practice and they continue to do it for a long eleven years. Especially the methods they use, they were the most brutal methods used to persecute any religious order around the world, in particular the organ harvesting. That means stealing organs from Falun Gong to sell them on the free market. It is one of the most barbarous and heinous crimes ever undertaken by humanity." On the lawsuit against Jiang, He said, "I think criminals [who are] against humanity and people should be responsible for mass murder. And that is what he did. He should be prosecuted in every country. There shouldn't be dispensation of the responsibility. And I really do hope that the United Nations and the international community, sooner or later, will create laws which will allow murderers like him to be prosecuted in all jurisdictions."

Mr. Ozdowski said, "China appears to be an emerging world power, so countries which are potentially smaller and weaker are dealing with China very carefully so as not to endanger their own interests, and that is how it's happening. But China, in order to grow stronger, will need democracy. When China is democratized, it gives power to the people, not to the Communist Party members. Most likely, China will start to protect human rights better because the people in China are also interested in their protection of human rights. So I think it is a question of time. Hopefully the Chinese Communist Party will lose the power and the people in China will pay much bigger attention to human rights."


Regarding the eleven years of persecution, Mr. Ozdowski said, "When you examine history, governments have never won with religion. Christianity was persecuted for almost 300 years before it was legalized by the Roman Empire, and there are many examples around the world where religious persecution fails. I think also that the Chinese Government in the long term will lose with Falun Gong. The issue of Falun Gong needs to be mentioned regularly in any human rights dialog that exists between the countries. But also we need to ask citizens of Australia to try to help financially and otherwise in terms of the victims of Falun Gong persecution. We need to assist them in coming to Australia and seeking asylum from persecution. And we need to provide them with finances and other means so they could survive in China if they choose to do so. So there are plenty of things we can do and it is what we must do."

“CCP Officials Admit: We Don't Follow Any Laws in Dealing with Falun Gong”