Thai Falun Dafa Practitioners Stage a Rally to Protest the Start of the Persecution on July 20, 1999 (Photos) 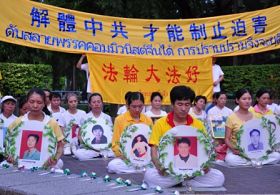 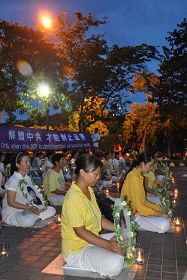 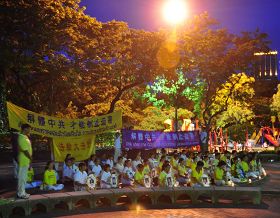 Falun Gong exercise demonstration on the stage, July 11, 2010, in Bangkok 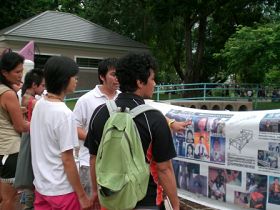 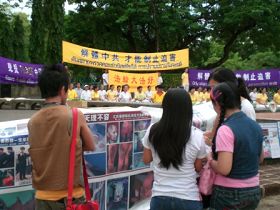 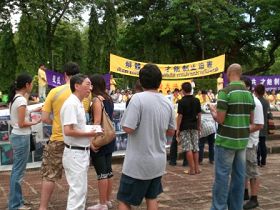 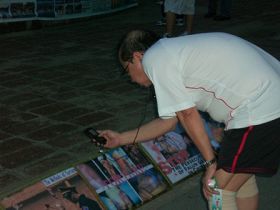 Many tourists and passersby stopped to read the display boards and asked questions. Practitioners told them the history of Falun Gong and its principles Truthfulness-Compassion-Forbearance in both English and Thai. They told how Falun Gong attracted over 100 million practitioners in seven short years between 1992 and 1999 because of its amazing healing powers and how it raised moral standards. But the Communist Party, which maintains its rule based on lies and violence, could not tolerate millions of people following Truthfulness-Compassion-Forbearance and started the persecution on July 20, 1999. In a period of over ten years, it has been confirmed that at least 3000 practitioners have been killed by the CCP. A practitioner told the audience that the practitioners sitting on the stage holding a photo of the deceased were Chinese Falun Dafa practitioners who had been tortured in mainland China.

People were shocked after learning the truth, and many expressed their support for practitioners' efforts. Some used their cellphones to take photos of the pictures of the tortures.