Additional Information about the Death of Mr. Wu Botong, Tortured in Custody in Guizhou Province (Photo)

(Clearwisdom.net) On September 11, 2005, Mr. Wu Botong, a Falun Gong practitioner from Anshun City, Guizhou Province, died in Duyun Prison (also known as the Jianjiang Cement Plant in Duyun, Guizhou Province). He had only been in the prison for 5 days when he died. His family was only allowed to see his face; the prison personnel refused to allow them to examine his body. His body was then cremated without his family's permission. 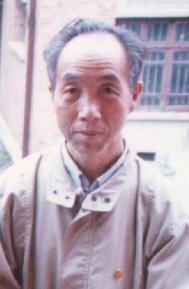 After the persecution of Falun Gong started on July 20, 1999, Mr. Wu Botong was sent to brainwashing classes several times for his continued practice of Falun Gong. He was also sentenced to Zhongba Forced Labor Camp in Guizhou Province for three years, during which he was forced to denounce Falun Gong. After he left the labor camp, he deeply regretted giving in under the pressure. He went to the government offices and declared that all he'd said and done while he was subjected to the brutal persecution in the forced labor camp was against his will and not his true intention. He was immediately taken back to the labor camp.

The couple was detained in the detention center until they were sentenced in August. Pan Yingmei was sentenced to three and a half years and was directly transferred to the Yang'ai Forced Labor Farm. Mr. Wu Botong was sentenced to a five-year sentence. He was transferred to the Jingxi Relocation Center in Guiyang City first and then sent to Duyun Prison on September 6, 2005. He died on the morning of September 11.

On September 12, the personnel in Yang'ai Forced Labor Farm told Ms. Pan Yingmei that they were going to send a car and take her to Duyun Prison to see her husband. Ms. Pan was surprised at this but she went along anyway. Around 3:00 p.m., personnel from both prisons appeared before her and the director of Duyun Prison Hospital told her that Mr. Wu Botong had died. The director of the hospital, a woman in her 40's, said: "Yesterday morning, Mr. Wu Botong could not get up while he was squatting down brushing his teeth. He did not look right so he was sent to the prison hospital and then to Duyun Traditional Chinese Medicine Hospital. He died within 20 minutes." The death certificate listed his cause of death as "a heart problem", but Mr. Wu Botong had never had any heart problems before. He previously had some minor problems with his kidneys but no longer had these problems after he started practicing Falun Gong.

Ms. Pan Yingmei was shocked and deeply grieved. She did not get to ask for more details and the director left afterward. The personnel from the prison urged her to contact his other family members. His family (his sister, his niece and his nephew) arrived at Duyun at 8:00 p.m. that night. Whey they went to the mortuary to see the body, it was covered in cloth and dressed in the prison uniform. They were only allowed to see his face; they were not allowed to see the rest of his body.

The family was deeply grieved and the prison personnel had to pull all the family members away. Ms. Pan Yingmei was led to a police car and taken back to the Yang'ai Forced Labor Farm. She was allowed to spend less than five minutes in the mortuary. Mr. Wu's body was cremated at 12:00 a.m. that night.

“The Persecution of Ms. Zhu Yaping and How it Tore Her Family Apart”