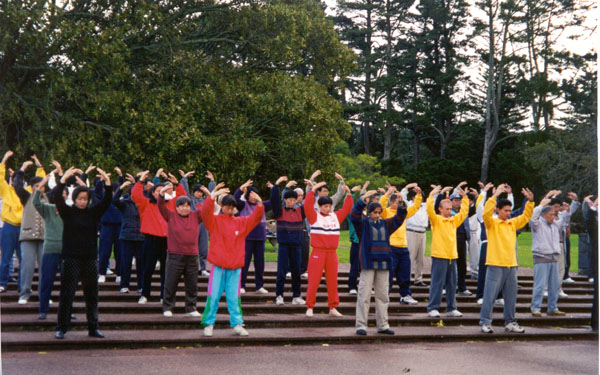 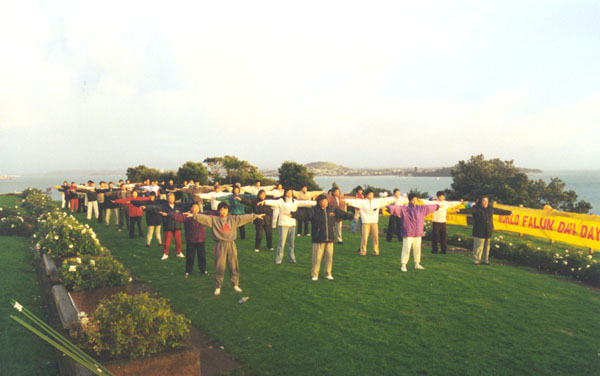 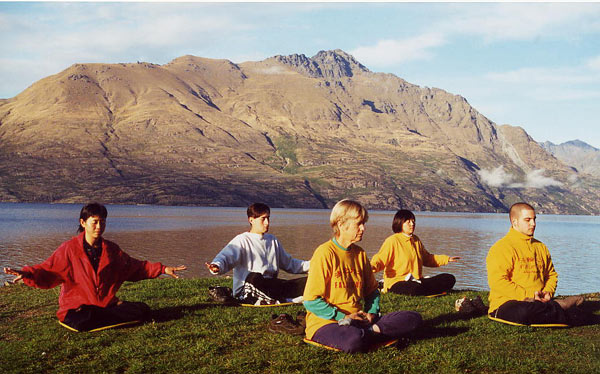 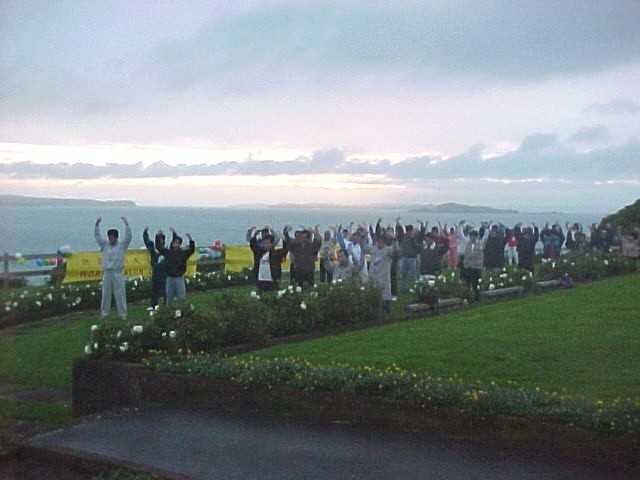 Group practice in New Zealand by the sea (2000) 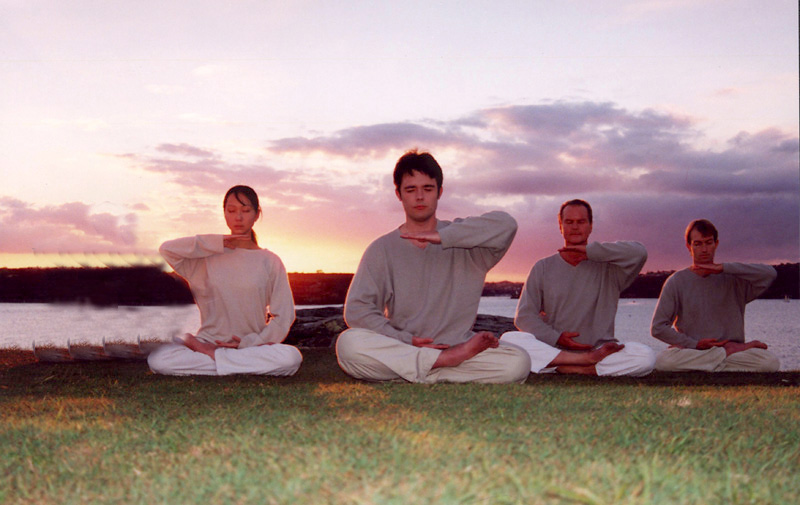 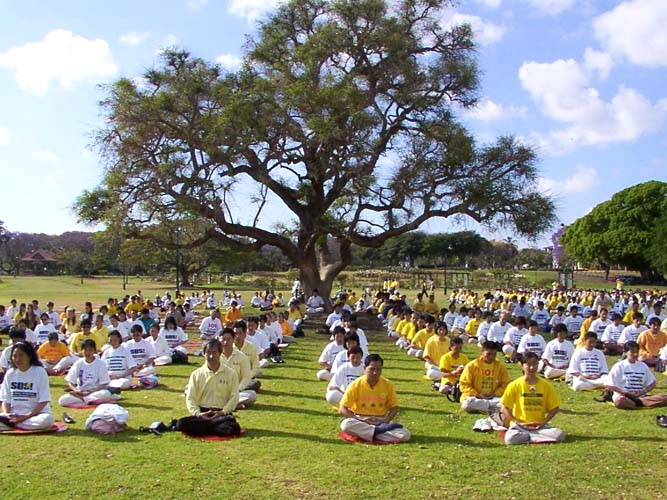 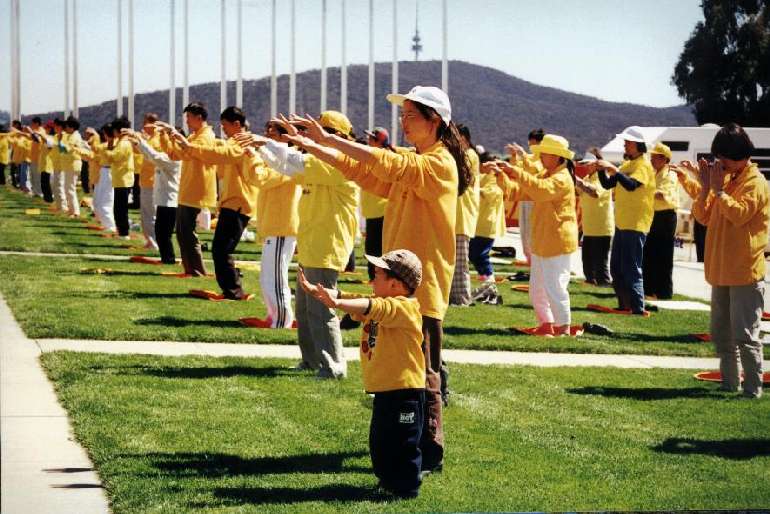 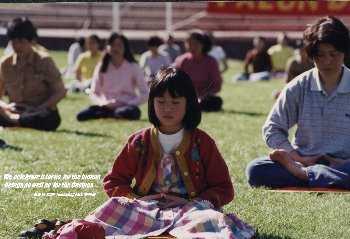 Young practitioners sit in meditation during group practice in Australia, (2000) Former Prime Minister of Papua New Guinea, an island country in the South Pacific, and his family learn to practice Falun Gong (2005)