(Clearwisdom.net) In August of 1998, Shenyang, the capital of Liaoning Province, held the Asian Sports Festival. During the festival's opening on August 20th, Falun Gong practitioners arrived very early. The practitioners formed the characters "Falun Gong" at the site. 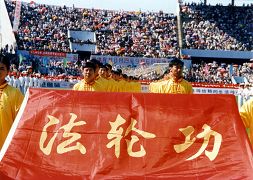 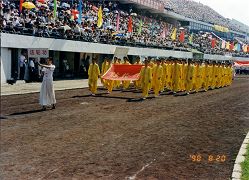 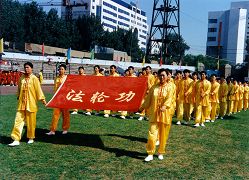 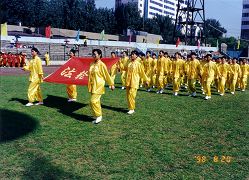 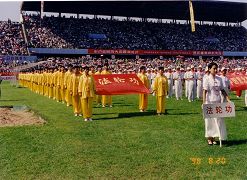 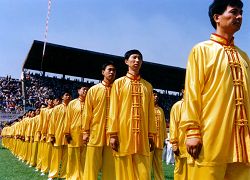 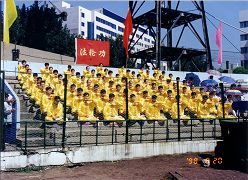 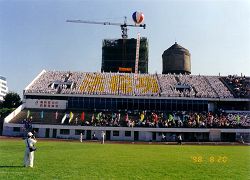 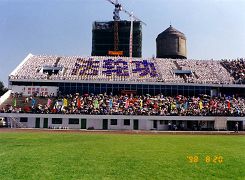 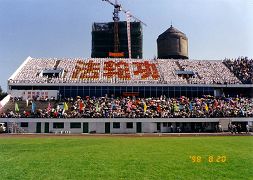 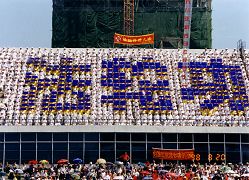 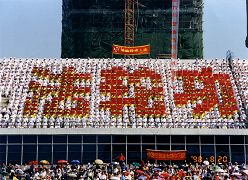 At 9:00 am on August 20, the Asian Sports Festival was held at the People's Stadium of Shenyang. More than 1,500 Falun Gong practitioners were in attendance. 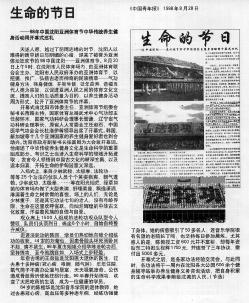 After I went up to the practitioners as a reporter, they introduced me to their experiences in practicing Falun Gong. Ms. Liu Juxian used to suffer from osteonecrosis of the femoral head. Introduced to Falun Gong in the summer of 1996, she soon started to practice. After a while, her health greatly improved.

Ms. Wang Xiaoyan was a retired doctor from the Shenyang Medical University, who was in her seventies. She used to have more than ten diseases, such as coronary heart disease, asthma and pneumonectasis. Every year, she had to be admitted to the hospital and she had to have oxygen treatments daily. Because of past injuries, Ms. Wang had to walk with the assistance of a cane. After she started the practice in the spring of 1996, she stopped taking medicine and became very healthy.

Ms. Chen Guihua was 84 years old and used to be a teacher at the Shenyang Music Institute. She used to have coronary heart disease and high blood pressure. After she started the practice, her health improved significantly and her experience inspired many others to do the same.