(Clearwisdom.net) In the last few years, Falun Gong practitioners from many countries around the world have actively participated in local Christmas parades, spreading the Chinese culture and the principle of Truthfulness-Compassion-Forbearance. They demonstrated exercises, performed Chinese dances and music during the parades and their performances have been warmly welcomed by spectators. They also won numerous proclamations and awards for their excellent performances. 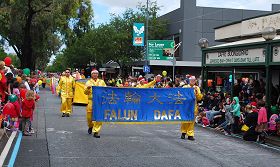 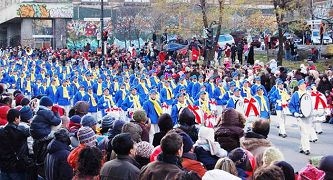 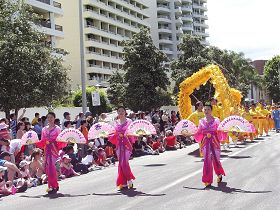 On December 14, 2010, Falun Gong practitioners from the City of Mandurah, Australia, participated in the local Christmas parade. The Mayor, Paddi Creevey, issued the highest award to the Falun Gong group. 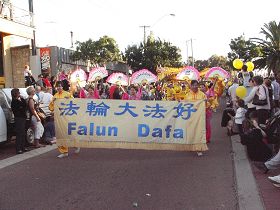 The parade in the City of Mandurah

On December 28 and 29 practitioners from Toronto, Canada, participated in three parades in Markham, Brantford and Mississauga. More than 100 thousand people watched the parades and the local TV broadcasted them live. 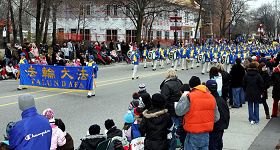 The parade in Mississauga 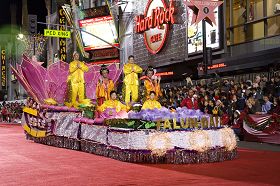 The parade in Hollywood 2009

The parade in Montreal 2009. More than 300 thousand people watched it. 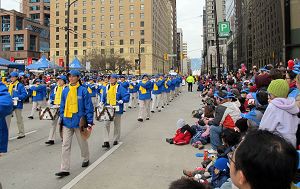 The band in the Christmas Parade in Vancouver on December 5, 2010

Many Chinese people are proud of the Falun Gong group in the parades, for they represent genuine Chinese culture. Ms. Wang from Shandong province came to Canada a few months ago. She warmly applauded for Falun Gong in the parade. She said, “I am very happy to see Falun Gong practitioners freely demonstrating their beauty and righteousness. They have the freedom in Canada.”

Ms. Wang said: “Several friends of mine practice Falun Gong. They are all good people, but have been persecuted. I am upset about the persecution they suffer, meanwhile I am touched by their spirit. This is why I am so excited to see Falun Gong here. It is nice to live in a free country.”

The following are some pictures from the Christmas parades all over the world. 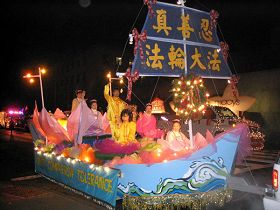 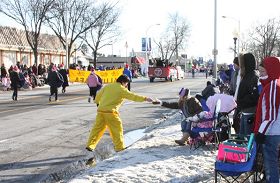 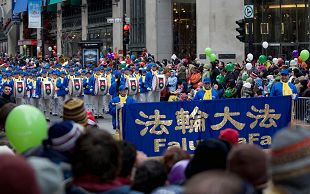 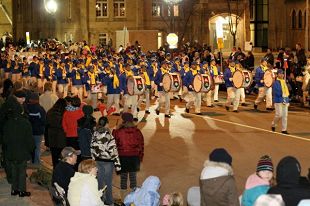 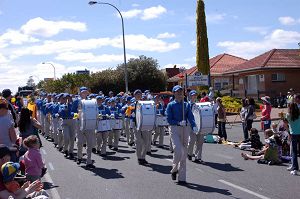 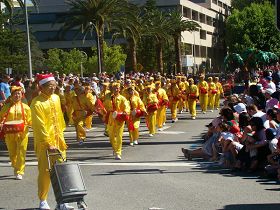 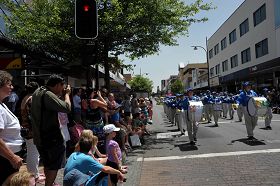 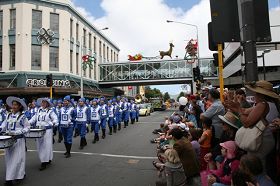 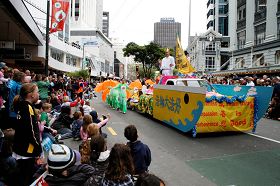