(Clearwisdom.net) At 9:30 a.m. on October 18, 2010, the rural court in Jiamusi City, Heilongjiang Province, tried Falun Gong practitioners Ms. Wang Lixing and Ms. Li Xiurong. The two practitioners testified in court about why they practiced Falun Gong and why they would not give up their faith. Two lawyers defended their not guilty pleas. 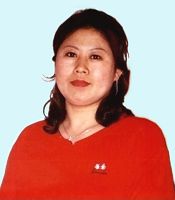 On July 19, 2010, when Ms. Wang Lixin and Ms. Li Xiurong were distributing truth-clarification material, they were falsely accused and arrested by officers from the Changqing Police Station. On July 21 the officers broke into Ms. Wang's home and ransacked it while the occupants were out. Later, her family went to the police station to ask to see a search warrant. Zhao Ming, the director of the police station, and officer Jin Zehua rudely refused their request.

After Ms. Wang and Ms. Li were arrested, their families went to the police station almost every day to seek their release. Director Zhao Ming, instructor Zhou Dedong, and police officer Jin Zehua repeatedly threatened, intimidated, and even drove them away. The family went to the local police bureau, the Changqing Township government, the Women's Federation, the suburban Procuratorate, the city Procuratorate, and the thermal power company that aided in the ransacking. However, the staff of these departments shirked their responsibility. During this time their family members received anonymous phone calls, saying that if they paid forty thousand yuan for each practitioner, they would be released. The families did not capitulate.

At the end of August 2010, their families received a phone call from Liu Jinguo, head of the Prosecution Section at the suburban Procuratorate, claiming that Ms. Wang Lixin and Ms. Li Xiurong had been arrested. Their families went to the Procuratorate several times for the warrant, but in vain.

Police dispatched inside and outside the court, everyone thoroughly searched

At 9 a.m. there were a lot of police around the court, including those from the 610 Office, the national security team, and the police bureau, most of them dressed in civilian clothes. Some brought cameras and took pictures of people standing around the court. Some of them sat in their cars chatting, and others stood around the court watching. Zhang Weiming, head of the National Security Team at Jiamusi Suburban Police Bureau, was among them. There were unknown vehicles parked outside the court, with uniformed and plainclothes police.

At 8:50 a.m. a police car pulled up, and several officers hurried to take Ms. Wang and Ms. Li to the courthouse. The trial was supposedly open to the public, but only two entry passes were issued for each defendant. When the two defendants' family members asked to attend the hearing, they were told there were no seats available. Many people could not enter the courtroom and had to wait outside the door. The four family members that were allowed entry were carefully screened with a detector, and their personal items like cell phones, watches, purses, and keys had to be left behind. Even a tissue in a pocket was removed by the police. After entering the courtroom, the family members were not allowed to leave their seats or use the bathroom. However, the officials and people from the 610 Office were free to move around and even made phone calls.

Li Caihong, the president of the suburban administrative court, acted as chief justice; Ru Xinde and Han Xu acted as the court judges; and the three of them formed the panel. The trial was held in the second court chamber on the second floor.

At the hearing, prosecutor Liu Jinguo, the chief of the prosecution division at the local Procuratorate, pressed charges against Ms. Wang and Ms. Li. During the defense and appeal, the two practitioners testified as to their physical and mental improvements after practicing Falun Gong, and why they would not give up the practice despite the pressure. They repeated that they were innocent and believed in Truthfulness-Compassion-Forbearance. During the appeal Ms. Wang was repeatedly interrupted by the presiding judge, Li Caihong. She was repeatedly told, "Do not say that again. We already get you; you must answer the question directly." But Wang Lixin continued to give facts about the persecution and Falun Dafa. She pointed out that many allegations conflicted with the facts, one of which, according to one allegation, was that she started to practice Falun Gong in 1991. Ms. Wang said that Falun Dafa had not yet been introduced in 1991, so she could not have been practicing at that time. People sitting in the courtroom were all laughing.

The lawyers pleaded not guilty on behalf of the practitioners. One lawyer said, "Based on freedom of belief, Falun Gong practitioners are innocent." He reiterated that the case involved the universal principle of freedom of belief and the separation of religion from government. A document issued by the Chinese Ministry of Public Security describes 14 religious beliefs as cults, but it doesn't include Falun Gong. Also, although the Chinese authority publicly issued a series of documents on Falun Gong, they are not laws and cannot serve as the basis for the punishment of Falun Gong practitioners. He continued to say that the Prosecutor's allegations didn't have a factual or legal basis, that none of the so-called "evidence" could be used as evidence, because it was flawed. The lawyer also pointed out what the prosecutor identified as "criminal acts" were really absurd. In other words, the behavior of Wang Lixin and Li Xiurong didn't cause any harm.

The lawyers pointed out that, from a legal point of view, what the practitioners did did not constitute the four elements of a crime, and they hoped that, as peers in the legal field, everyone in the courtroom could look to his or her conscience for their own family's future and happiness. They asked the judge to view the case according to legal principles, rather than directions from their supervisors or the arguments of the media.

Everyone in the courtroom was stunned by the lawyer's strong defense. The judges and prosecutors were unable to advance any further arguments. The prosecutor never refuted a single word throughout the entire hearing. When Li Caihong, the presiding judge, asked the prosecutor whether he had anything to add, the prosecutor replied, "There is nothing further to say."

The trial ended without a verdict around eleven o'clock. Li Caihong, the presiding judge, announced that the panel would work on the case, with the verdict to be determined after being discussed by the Judicial Committee.

“Ms. Wu Yingzi Dies as a Result of Persecution in Jilin Province”