(Clearwisdom.net) Falun Gong practitioners Ms. Shang Shiying and Ms. Dan Huanrong of Tangshan were illegally sentenced to prison. They are currently being held at the Women's Prison of Hebei Province at Shijiazhuang. 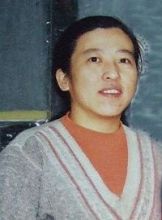 District 13 in the Women's Prison of Hebei Province is the so called "strict management area." It is the district that focuses on torturing Falun Gong practitioners. The prison guards use sleep deprivation, prolonged standing and beating to punish the practitioners who will not give up their beliefs. The prison has been forbidding Ms. Shang's and Ms. Dan's families from visiting. Ms. Shang's family eventually saw Ms. Shang; she was very thin, had dark circles around her eyes, and her legs were swollen from prolonged standing. Her family immediately questioned the guard: "How did she become like this? What have you done to her?" Ms. Shang's family plans to report the situation to higher officials and investigate further.

In June 2010, the Lubei District Court in Tangshan began the trial of Ms. Shang and Ms. Dan. They had a lawyer to defend them against the charges. Then the court secretly began the trial again on August 26, 2010. Ms. Shang was sentenced to three years in prison, and Ms. Dan was sentenced to four years. This time, the trial was held completely in secret and they did not notify the families at all. Ms. Shang sent an appeal letter afterwards, but the letter was destroyed by policemen at the Fengnan Detention Center. Ms. Shang's family went to Lubei District Court in Tangshan to inquire about the case and discovered Ms. Shang had been sentenced; furthermore, it was already the last day they could send an appeal letter. Personnel at the courthouse lied to Ms. Shang's family, saying, "They don't want you to appeal." Ms. Shang's family did not get to see the judgment letter. Ms. Shang and Ms. Dan were sent to the Women's Prison of Hebei Province in Shijiazhuang from the Fengnan Detention Center.

Ms. Shang is a nurse at the Worker's Hospital of Tangshan, she used to have hyperthyroidism. She started to practice Falun Dafa in 1995 and regained her health. After the CCP started to persecute Falun Dafa on July 20, 1999, Ms. Shang was detained several times at her workplace. She had been detained at Detention No. 1 and suffered solitary confinement and other cruel physical torture. She had also been sent to Ankang Hospital in Tangshan, where she was injected with unknown drugs and shocked with an electric baton.

In November, the 610 Office at the Workers' Hospital of Tangshan notified Ms. Shang's family that the hospital intended to dismiss Ms. Shang. The hospital posted an announcement about it on campus.

“Walking Diligently on the Divine Path”