NEW YORK--In his debut statement to the United Nations General Assembly's Social, Humanitarian, and Cultural Affairs Committee, the recently appointed Special Rapporteur on freedom of religion or belief Heiner Bielefeldt, boldly demonstrated that he won't ignore China, at once a permanent member of the Security Council and a chronic abuser of religious freedom. 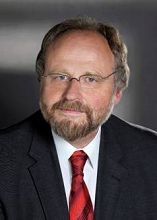 "Small communities such as Jehovah's Witnesses, Baha'i, Ahmadi, Falun Gong, and others are sometimes stigmatized as 'cults' and are frequently confronted with prejudices that can escalate into becoming conspiracy theories," he said according to the release.

While Bielefeldt's predecessor Asma Jahangir identified the Chinese regime's persecution of Falun Gong as one of religion or belief, Bielefeldt's statement marks the first time the concept was brought to the General Assembly.

None of this was missed by the Chinese delegation, which issued a strong response.

The Chinese regime representative said that the Chinese state had identified Falun Gong as a "cult" and was justified in its quest to suppress and, according to Reuters, "eradicate" the group.

The Chinese representative was on script, one that hasn't changed since mid-1999, when the Chinese regime launched its persecution against Falun Gong, an ancient Chinese meditation practice that was popularized in the early 1990s, attracting some 70 million-100 million practitioners by early 1999, according to state estimates. One common analysis is that when the number of Falun Gong practitioners exceeded membership in the Chinese Communist Party (CCP), then-dictator Jiang Zemin felt threatened by the practitioners' sheer numbers.

Another analysis, is that "atheist Party vanguards could not accept the fact that after more than 40 years of Marxist indoctrination so many people, including Communist Party members, would look elsewhere for moral and spiritual guidance," writes the Falun Gong Human Rights Working Group in their publication "Falun Gong, Humanity's Last Stand."

In a bid to justify the persecution of the popular practice, according to a Nov. 9, 1999, Washington Post report, in October of that year, Jiang, "ordered that Falun Gong be branded a 'cult' and then demanded that a law be passed banning cults." With this, the CCP's standard propaganda line of Falun Gong being an "evil cult" began.

Jiang's order represents exactly the sort of abuse Special Rapporteur Bielefeldt was speaking about in his statement.

"We applaud the special rapporteur for calling out the misuse of 'cult' and other terms that the Chinese Communist Party specifically employs to dehumanize Falun Gong practitioners," said Levi Browde, executive director of the Falun Dafa Information Centre (FDI).

"They [the CCP] threw out this label, and then proceeded to say it is correct to 'eradicate' Falun Gong, essentially reiterating the genocidal intent behind an 11-year-old, nationwide campaign that has involved the systematic abduction and torture of millions of innocent people," continued Browde.

The significance of Bielefeldt's statement

A United Nations special rapporteur has literally the entire world's human rights concerns to consider, and has only in the range of 15 minutes annually to address the General Assembly about them. The fact that he mentioned Falun Gong by name, among very few others, sends a strong message to the world that he sees the situation as one of grave concern.

Special rapporteurs function like the conscience of the U.N. and their statements are considered to have the highest credibility, according to Shizhong Chen, president of the Falun Gong Human Rights Working Group.

"If you ask human rights activists or congressmen, they all recognize the authority and weight of special rapporteurs' findings. When a special rapporteur picks an issue to speak about at the U.N. General Assembly, it is perhaps the most forceful thing he can do. State leaders all understand this; from the perspective of international politics, it is very, very significant," he said.

Falun Gong is practiced in over 100 countries around the world according to the website Falundafa.org, but only in China is the group persecuted. Raising the persecution of Falun Gong specifically was tantamount to singling out China before the General Assembly.

Bielefeldt had to know he would provoke a strong reaction from the Chinese delegation.

Moreover, in raising the Falun Gong issue in the context of freedom of religion or belief, while at the same time rejecting the term cult, he negated the key explanation the Chinese regime has used over the years to justify the "severe suppression" and "eradication" (in the words of the Chinese delegate, as reported by Reuters) of Falun Gong.

The significance of Bielefeldt's comments would be lost on anyone reading the U.N. department of public information's 9,500-word English summary of the session. Among other differences, that version omits mention of Falun Gong by name, whereas the French version, quoted at the beginning of this article, includes it.

FDI notes in its 2010 report that torture of Falun Gong practitioners by the Chinese state remains widespread. The killing of Falun Gong practitioners for their organs has been documented in the 2009 book, Bloody Harvest, written by Nobel Peace Prize nominees David Kilgour and David Matas. In March 2006, U.N. Special Rapporteur on Torture Manfred Nowak, reported that Falun Gong practitioners represented 66 percent of the torture cases he had inquired about to China. In her 2004 annual report on freedom of religion and belief, Asma Jahangir wrote of the persecution of Falun Gong, "The cruelty and brutality of these alleged acts of torture defy description."