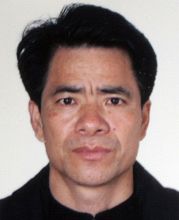 Mr. Zeng Huaguo used to put all his energy into running a business. He worked so hard that he eventually suffered tremendously from depression. After he started practicing Falun Gong in 2007, he became healthy and energetic. He did not have any diseases during the past three years, and his mind became peaceful and calm. He appreciated Falun Dafa for saving his life, and he used his own personal experience to show people that "Falun Dafa is good."

On June 21, 2010, when Mr. Zeng promoted Falun Gong to a person who happened to be a plainclothes police officer, he was arrested and detained at Songjiatang Detention Center in Shaodong County. At 11 a.m. on June 21, the police searched his home and took away his Falun Dafa books. His family members tried everything to rescue him. His son-in-law was forced to sign a guarantee statement. Ten days later, Zeng Huaguo was released.

After Mr. Zeng returned home, his family members were frightened by his detention and interfered with his cultivation a lot. He applied for a passport and saved 140,000 yuan to cover living expenses in a foreign country. However, his wife did not want him or herself to leave China.

To get the money, the police tried everything to torture Zeng Huaguo. At 1 a.m. on August 23, 2010, he was transferred from Songjiatang Detention Center to the People's Hospital in Shaodong County. His family was not informed of the transfer. One day after Mr. Zeng was tortured to death, his family was informed: "He committed suicide in the hospital." Mr. Zeng's son noticed that there were wounds on his father's forehead that had been sutured. Two teeth had been knocked out, his ankles were broken, and there were wounds all over his body. Because there was a surveillance system in the hospital, Mr. Zeng's son told the state security police, "Find the hospital records to verify that it was suicide." The police lied, saying, "There are no cameras; they were removed a long time ago." They issued threats, and enticed Zeng Huaguo's family members, proposing to give them 260,000 yuan to close the case. Several days later Zeng Huaguo's son was shown a fuzzy video recording and told that his father had committed suicide at 5 a.m. in the hospital.

Persons that participated in the persecution: