(Clearwisdom.net) (By a correspondent in Shanghai) On December 30, 2009, Jiang Yong was arrested by officers from the Xuhui National Security office and Tianlin Police Station. He is currently being held at the Xuhui Detention Center. In 2001, Mr. Jiang was sentenced to eight years in prison, where he was subjected to inhumane torture. After his release in 2009, he was arrested a second time. 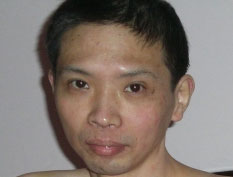 In early January, 2001, Mr. Jiang was arrested and taken to the police station on Hunan Road, Xuhui District. Even though it was wintertime, officers stripped off all of his clothes and poured cold water on his head, then turned on the air conditioner and blew cold air on him. They also shocked him with electric batons. In this harsh environment, Mr. Jiang was interrogated for eight days. He was later sentenced by the Xuhui District Court to eight years in prison, and detained at Tilanqiao Prison in Shanghai.

Inside the Tilanqiao Prison, Mr. Jiang protested the torture - he refused to wear the prisoners uniform, recite the prison rules, or do intensive labor. Even after guards put him in solitary confinement, he still studied the Fa and practiced the exercises. During his detention, guards used every possible means to torture him. They once shocked him using six or seven electric batons simultaneously, causing severe burns over most of his body. This was truly horrifying to see. Jiang Yong subsequently began a hunger strike to protest the persecution. When he was finally released in January, 2009, his body was emaciated.

On June 12, 2009, Mr. Jiang was arrested again by officers from the Xuhui Public Security office and Tianlin Police Station. While being held at the Xuhui Detention Center, he maintained righteous thoughts and went on a hunger strike. One month later, he was bailed out of jail, and waited for his trial. On December 30, police officers from the Yanqing District Hunan Police Station, Tianlin Police Station, Xuhui National Security office and Yanqing Street Committee arrested him at his home.

As the Shanghai World Health Expo approaches, the human rights violations in Shanghai have intensified. The innocent citizens who safeguard their beliefs such as Jiang Yong, become the targets of intensified persecution by the Chinese Communist Party.