"Where Is the Justice?" Husband Asks After His Wife is Arrested (Photo)

(Clearwisdom.net) (Correspondent from Shenyang City) Veteran Falun Gong practitioners Ms. He Tao, a retired doctor from Northeast University Medical Hospital, and Ms. Mao Juan, a retired worker from Shenyang Railway Bureau, were both very healthy, kind and righteous. On August 10, 2009, they and their friends Liu Ping and Zhang Huilan, were arrested by Kong Aiguo and other officers from the Zaohua Town Police Station of Yuhong District Police Department in Shenyang City, while they were resting in a corn field in the Zaohua Town area. At present, no one knows where they all are, and the family members are extremely worried. 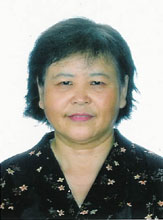 Ms. He Tao is in her 60s. Since the Chinese Communist Party (CCP) began persecuting Falun Gong in July, 1999, Ms. He twice went to Beijing to appeal and tell people the facts about Falun Gong. She was arrested both times. From October through December 1999, she was detained in the Shenyang City Detention Center. In the beginning of 2001, she was jailed a second time. Without going through any legal proceedings, she was sent to the Longshan Forced Camp in Shenyang City to serve a year and a half. While at the camp, they deprived her of sleep and attempted to brainwash her.

On August 10, 2009, Ms. He did not return after she had left home. Her husband went everywhere looking for her with no success. Not until 2:00 p.m. the next day when several officers, led by Kong Aiguo of the Zaohua Police Station of the Yuhong Police department in Shenyang City suddenly came to ransack their home, did he realized that she had been arrested.

The family members found out that she had been arrested with three other elderly ladies while they were sitting and resting in a corn field in the Zhaohua area, because they were all Falun Gong practitioners. The police claimed that they were "disturbing the peace" and "conducting an illegal gathering".

Ms. He's husband, a professor and a Ph.D student advisor at Northeast University, stated, "He Tao and her friends' conduct and beliefs are not against the law and there was no reason for them to be arrested."

Ms. He's husband went to the Zaohua Police Station to request her release, and asked the police: "How can four elderly ladies disturb the peace simply by resting in a corn field?" The police, having no answer, said evasively: "It is the direction of the higher authorities." The elderly professor sighed: "Where is the justice?"

Ms. He's daughter in the U.S. is extremely worried about her mother's safety

Ms. He used to suffer from serious heart disease, chest pain, and chronic hemorrhoids. Because she was under stress for extended periods of time, she was easily agitated. Since she began cultivation in Falun Gong in 1997, all her illnesses went away and her temperament improved a great deal. She worked diligently and treated people well. 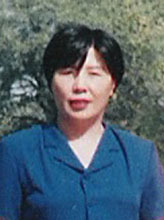 Ms. Mao Juan, in her 50's, was a retired worker from the Shenyang Railway Bureau. She became a very healthy, kindhearted, and unselfish person after she began cultivating in Falun Dafa. She faithfully took care of her 80 year old father all year long. She also helped to take care of his neighbor, a lonely widower as well.

Her father became sick and the elderly neighbor had no one to care for him after she was arrested this time. Her daughter, who resides abroad, was extremely concerned and could not concentrate on her studies. Ms. Mao's husband became overwhelmed worrying about her.

Recently, her father, using all his strength, went to the Zaohua Police Station to request her release. However, the police would not even give him any straight answers.

Ms. Mao's sister, Mao Suyan, hopes that all people will pay attention to this case and help to free her sister.

Currently Mao Juan and three other practitioners are still detained in the Shenyang City Jail. The family members have not been allowed to visit them.