(Clearwisdom.net) On August 30, the final round of the Second Chinese International Violin Competition held by NTDTV concluded at Merkin Concert Hall, Kaufman Center in Manhattan.

The final round started at 10 a.m. Contestants performed both Paganini and "Butterfly Lovers," a piece from a love story known as the Chinese version of "Romeo and Juliet." It incorporates the sounds of classical Chinese instruments and is distinctly Chinese in sound. At the awards ceremony, the gold winner was given a choice of $10,000 or a handcrafted violin by Taiwanese luthier Su Ting-Hsuan. Sixteen-year-old Nancy Zhou won the gold medal.

Pianist Ma Changzi played the accompaniment for many of the contestants throughout the three-day competition. She described what went on backstage. "Before a contestant goes on, the others pat him on the shoulder and say, 'Go for it!'"

Mr. Chen Rutang, one of the judges, expressed that all the contestants had a very good understanding of the musical pieces. They expressed themselves very well and the performances were touching.

Mr. Chen was happy to see many young Chinese musicians were able to play both traditional Chinese and Western music. 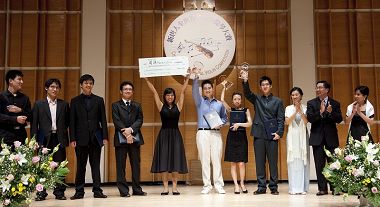 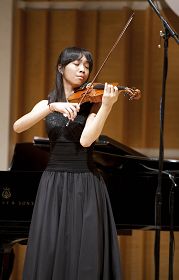 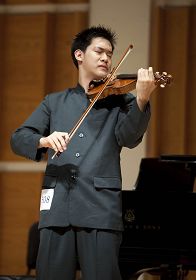 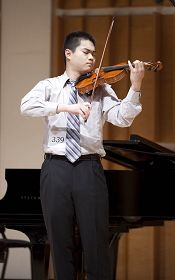 Glenn Dicterow, concertmaster of the New York Philharmonic Orchestra, gave three contestants at the Chinese International Violin Competition a masterclass. "They play at such a high level," Dicterow said after the class. "They all played the same piece completely differently. That creativity is something I didn't expect at quite that level."

Simon Applebaum, a famous creator and music producer, said that he had never seen a competition like this one. He praised NTDTV for sponsoring it.

To play a Chinese song on a Western instrument was the ultimate challenge to the contestants, most of whom grew up overseas, were trained in the Western style, and had never encountered the piece before. Even some who had grown up in Asia had never played "Butterfly Lovers." It was a learning opportunity. Most contestants did research of the piece, the underlying story, and life in feudal China, where the story is set.

The requirement of this piece was what inspired Yuncong Zhang, who lives in New York, to join the competition, she said. Her father, also a violinist, had always wanted to play this piece, but due to the suppression of traditional culture in communist China, he never got the chance. Now that daughter and father are separated by long distances, she was motivated to do even better.

But when it comes down to it, the key ingredient is heart. "The highest standard for an artist is to meld with the music, and live the role. That way they can fully express the meaning in the piece. If it's all technique, and the audience feels the music's got very little to do with them, then I'd say that's not the kind of performer I admire," said conductor and judge Chen Rutang.

“Shen Yun Continues to Profoundly Touch DC Audiences: "It Was Above and Beyond!" (Photo)”