(Clearwisdom.net) On August 15, practitioners from Montreal and Quebec City held a rally and candlelight vigil in front of the Parliament Building in Quebec City, exposing the 10-year long persecution of Falun Gong. 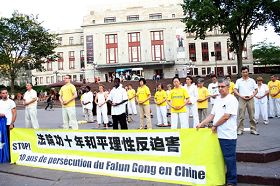 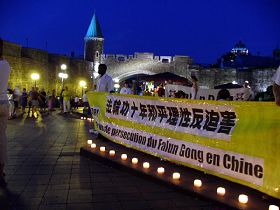 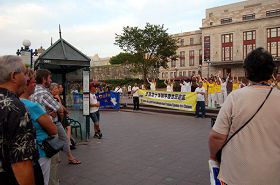 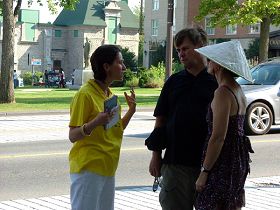 Practitioners demonstrated the Falun Gong exercises and talked to people about the persecution going on in China. The rally was held at Place D'Youville. Many people stopped by, took materials and chatted with practitioners. 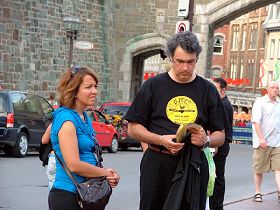 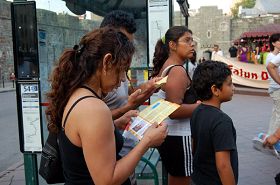 Sixty-two-year old Ms. Chen Guizhi has practiced Falun Gong for 12 years. She told the crowd that she was arrested twice and jailed for four and half years. She was badly tortured both physically and mentally, and forced to work 15-17 hours everyday.

At night, practitioners held a candlelight vigil, in memory of those who have been tortured to death. 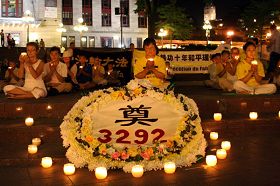 Nicole Milot, who stared practicing Falun Gong in 1997, was happy that the event, which was held in French, was successful. She recalled that eight years ago, she organized a Falun Gong activity in Quebec, and there was only one French-speaking practitioner. But now, there are so many French practitioners, and more and more local people learned about Falun Gong.