(Clearwisdom.net) Ms. Wang Jianhua, a Falun Gong practitioner from Gaomeng Village, Beishijiawu Town, Langfang City, Hebei Province, died on June 27, 2009 at the age of 50. She had endured repeated mistreatment under persecution by the Communist Party regime. It finally destroyed her health and she succumbed on June 27, 2009. 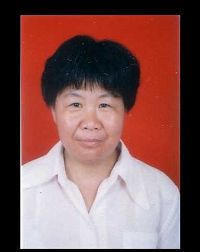 Before Ms. Wang became a Falun Gong practitioner, she suffered from many physical illnesses including uremia, and was also extremely quick tempered. After taking up the practice, she became an industrious practitioner, diligently striving to be a person who displayed Truthfulness-Compassion-Forbearance. Her health improved and she became a gentle person. Many of her relatives and friends witnessed her change and followed her path to become practitioners themselves.

Yet in 1999 the Chinese Communist Party (CCP) began its cruel campaign to persecute Falun Gong practitioners. As Ms. Wang personally experienced the benefits and the beauty of Dafa, she could not understand why the CCP would persecute Falun Dafa practitioners. She could not understand what crime it was for practitioners to cultivate and become selfless good people. However, television and newspapers were reporting stories about "self immolation," and "murders" carried out by practitioners. Ms. Wang knew that those were fabricated lies. Therefore, she decided to go to Beijing to appeal for Falun Dafa in September 1999. While appealing in Beijing, Ms. Wang was arrested and illegally detained for one month.

For many years, the local police frequently harassed Wang Jianhua's family. In March 2000, Wang Jiianyong, the chief of Beishijiawu Town Police Station in Langfang City, along with police officers Chang Xuesong, Liu Weihua, and Yang Baoyin, the chair of the general office, went to Ms. Wang's house many time to harass her. Once, they took her husband away when she was not home and extorted 3,000 yuan from him.

In January 2006, police from the Anci District Security Office in Langfang City arrested Ms. Wang when she went to the office calling for the release of a fellow practitioner who was illegally detained. Ms. Wang was then transferred to Tangshan Forced Labor Camp after her arrest. The Camp declined to admit her because she had high blood pressure. A few days later, officers from the Langfang City 610 Office took Ms. Wang to Baoding City Forced Labor Camp. Again, she was not admitted due to her high blood pressure. However, they admitted her after bribes were offered to the camp personnel by the 610 Office and the Beishiwu Town Police Station.

The guards in the forced labor camp tortured steadfast Falun Gong practitioners in every possible way, with sleep deprivation, corporal punishment, and forced labor including heavy physical labor. Soon, Ms. Wang lost the ability to care for herself and her blood pressure shot up as high as 256. A week later, she was taken to Baoding City Hospital, where she was injected with unknown drugs. The forced labor camp was afraid of taking responsibility for Ms. Wang's condition, so she was sent back home due to "medical reasons".

At home, Ms. Wang's health improved after she resumed practicing Falun Gong and she was able to once again take care of herself. However, police from the Langfang City 610 Office and the Beishiwu Town Police Station continuously came to her home to harass her.

The harassment got especially severe before the 2008 Olympics. The Langfang City 610 Office instructed police officers Liu Wei and Dong Hui, led by Chen Fuqiang, director of village security, to break into Ms. Wang's home. They took away many of her personal belongings and her computer, and extorted 3,000 yuan.

Wang Jianhua was often harassed and threatened at home by police on days the Communist Party designated as a sensitive date. It brought about tremendous pressure and harm to Ms. Wang and her family, and severely disrupted their normal family life. Under this kind of harassment and serious emotional stress, Ms. Wang's health, which was severely weakened during her detention in the forced labor camp, took an unexpected turn for the worse in June 2009. She went into a coma and the hospital was unable to help her. She died in the hospital on June 27, 2009.

Ms. Wang was a gentle, ordinary farmer who learned Falun Dafa and benefited immensely from the practice. Yet she lost her life because of the past 10 years of cruel persecution imposed by the CCP.

“Am I Truly Cultivating Diligently Every Day?”