Member of European Parliament: "My heart is with the practitioners." (Photos)

(Clearwisdom.net) Belgium Green Party MP Bart Staes is a senior member of the European Parliament who was recently selected as Vice Chairman of the Budget Control Committee. He has consistently paid attention to China's human rights violations and the freedom of the press. For the practitioners' activities marking ten years of resistance to the CCP's persecution, he sent a statement to express his strong support for Falun Gong. 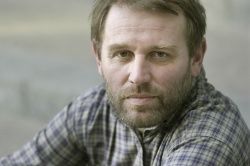 Following is the statement by Mr.Bart Staes

Member of the European Parliament, Belgian politician from the Green Party.

The 20th of July 2009 is a day to remember, it is the day on which we commemorate the 10 consecutive years of persecution of Falun Gong.

Today Belgian Falun Gong practitioners are gathering in front of 'La Bourse' in Brussels, and at the same time, all over the world Falun Dafa practitioners are coming together to commemorate in order to remember what happened 10 years ago: the start of an enormous persecution campaign in which the party leader of that time, Jiang Zemin, declared openly to eradicate Falun Gong and its practitioners because of their spiritual and cultural identity -their belief in principles as truthfulness, compassion and forbearance. Now, the whole party and its media circus has been trying for 10 years to stop Falun Gong and its practitioners.

The result is that today, more than 3200 persons have been tortured to death. Hundreds of thousand or perhaps millions have been kept imprisoned, have been tortured in labour camps, detention centres, etc... and all of this because of their conviction. In 2005, Mr. Manfred Nowak, the former UN reporter declared after his investigation in China that more than half of the people in detention in the labour camps are Falun Gong practitioners.

A lot of sources inform us that, next to the suppression of the people of Tibet, the people who were compelled to leave their houses for the Olympics, at least 8000 Falun Gong practitioners have been arrested in order to guarantee the stability of the Olympics. This is one of the numerous excuses to harm Falun Gong.

According to the independent Chinese newspaper Epoch Times, over 57 million Chinese have quit the CCP or organisations related to it. In a lot of Chinese towns, there have been violent protest actions that wanted to stop the suppression of the (local) government. Recently there has been the suppression of the Uyghur community. After years of suppression of their own people and its minorities, one shouldn't wonder why so many people choose no longer to be identified with the CCP.

Nowadays, immigration officers investigate whether Chinese immigrants are involved in the persecution of Falun Gong practitioners. For me, this is a major step in the right direction and I would like to express my approval for their methods.

I just want to express my hope and ask the Belgian government and the European leaders to take up their responsibilities and to protect innocent civilians against the extermination of this group of people by a regime that looks no further than its own existence; they just have to keep in mind how future historians will describe their cooperation to such a regime by the simple reason of keeping their mouths shut, despite of their knowledge of this massive genocide, and not trying to stop this terrible drama.

I am sorry I cannot be with you today. Nevertheless, I wish all Falun Dafa practitioners a lot of success for their commemorating activities all over the world. I hope their actions will help to make people more conscious and bring relief to those in the labour camps and the people in Chinese detention centres.

Today, my thoughts go out to the many cultivators that are risking their lives, in order to faithfully and steadfastly follow the principles of Falun Gong, and doing this while facing the overwhelming pressure of the persecution.