On the afternoon of July 18, 2009, Falun Gong practitioners in Turkey held activities in downtown Ankara to introduce the public to Falun Gong and expose the Chinese Communist Party's persecution of the practice, which has included harvesting organs from living practitioners. 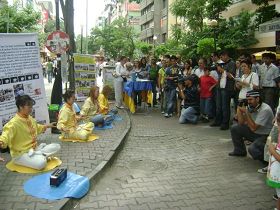 Practitioners demonstrate the exercises, drawing the attention of many passersby 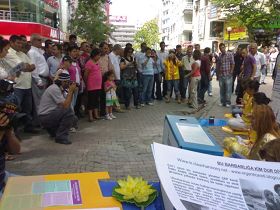 People that saw the peaceful and elegant exercise demonstration stopped and watched. Many questions were asked, such as, "What is Falun Dafa?" "Why does the CCP persecute Falun Gong?" "How does Falun Dafa benefit people?"

A gentleman who observed the exercise demonstration for over twenty minutes said, "I feel that Falun Dafa is a profound practice." 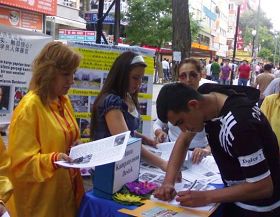 Righteous people sign the petition to condemn the CCP's persecution 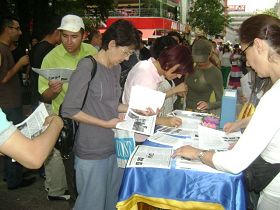 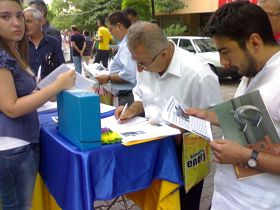 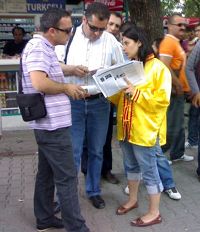 Practitioners introduce the public to Falun Dafa, and explain the persecution that is taking place in China

“Macao: Practitioners Make Public the Facts of the Persecution on July 20 (Photos)”