Xu Dawei Dies Due to Abuse in Detention, Family Seeks Justice but Is Intimidated by the Authorities (Photos)

Falun Gong practitioner Mr. Xu Dawei, 34 years old, lived in Qingyuan County, Fushun City, Liaoning Province. He suffered eight years of persecution, including illegal detention, at the hands of the Chinese Communist Party (CCP). Finally he was tortured until he was very thin. He suffered a mental collapse, was not able to eat, and after he was brought back home, in less than 13 days, he passed away on February 16, 2009. Various marks of injury were found on his body. 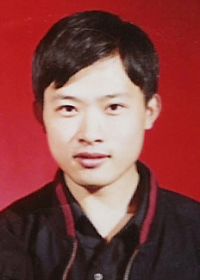 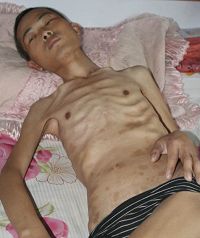 Xu Dawei, after being persecuted at Dongling Prison

His family has tried to seek justice for him. Over the past months, they have visited many office in the Shenyang Judiciary Department. When they went to Dongling Prison, the prison officials tried all ways to deny their role in Mr. Xu's death and shifted responsibility. Prison officials colluded with officials in Yingemen Town, including Zhang Tianwei, Li Shunling and Secretary Cui. They went twice to Xu Dawei's home to threaten his younger brother and forbade him to become involved in seeking justice for his older brother Xu Dawei. They threatened, "Otherwise you will draw fire against yourself." The authorities asked which hospital Xu Dawei stayed in before he died and where his body was. The family refused to disclose this information, and afterwards the officials threatened to arrest the family members if they persisted in their stand.

On the morning of May 7, 2009, the family went to the Shenyang Procuratorate and inquired about registering the case, to investigate the murderer of Xu Dawei. The official at the Appeal Office asked them to go to the police department to report and do an autopsy in order to confirm that the death was caused by abuse in prison, before they could ask the court to register the case. In the afternoon, the family went to the Shenyang Police Department. The officials at the Appeal Office said, "It is not our matter. It is the matter of the Judiciary Bureau." They also said, "Unless the CCP collapses, any Falun Gong issue will never be resolved."

When the family visited the Shenyang Judiciary Bureau, the official told Xu Dawei's father and wife, "Let it go. Do not appeal anymore. Go home to cremate the body and get along. You do not have any evidence. Even if it is my own issue, I have no solution."

How can the Judiciary departments shift responsibility onto each other? Is there really no evidence? The family supplied pictures, Xu Dawei gave an oral statement before he died, and there is a hospital diagnosis. The Dongling Prison staff knew they violated the law, and so they tried all means to look for Xu Dawei's body to attempt to destroy the evidence, to cover up the facts of the crime. In order to do that, they misused their authority to threaten and intimidate the family members of the victim.

It has already been several months since Xu Dawei left this world. His family went to all the judiciary departments, however, they cannot even register the case. There is no place to seek justice for the victim. Under CCP China, the "law" is just the tool for the CCP to persecute people, and the people do not even have any basic guarantees or rights.

“Clarifying the Truth to a Plainclothes Police Officer”