Practitioner Yang Zhuting was a nurse at the Chinese Herb Hospital in Baoding City. She was arrested many times and forced to stay away from home ever since the Jiang Zemin regime began its persecution of Falun Gong. As a result of all the hardships and stresses, she developed esophageal cancer, and died in December 2006. 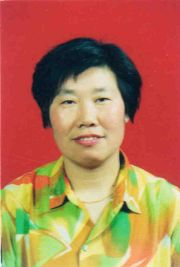 Ms. Yang began her cultivation in Falun Dafa in 1996. Her health improved greatly and her family became more harmonious. Then after July 20, 1999, when the communist party began its persecution of Falun Gong, people from the neighborhood association and police station went to her house to harass her all the time and tried to force her to write letters pledging not to continue with her cultivation.

On August 21, 2001, while hanging up truth clarification banners, Ms. Yang and another practitioner, were dragged to the regiment headquarters of the 38th Army and then taken to the Baoding Police Station by two soldiers. They managed to escape at around 3 a.m., but were forced to stay away from home afterwards.

During the time that Ms. Yang was forced to stay away from home, officers from the City North National Security Squadron, the Dongguan Police Station, and staff from the Dongguan Neighborhood Association often went to her home to harass her family members. They would hide and wait there to try and catch her. They would also search the homes of her friends and relatives, creating great hassles for her family members.

In August 2002, Ms. Yang was arrested by the National Security Squadron in Yi County and then jailed for half a year. She was released in March 2003 after having 3,000 yuan extorted from her. The hospital she worked at fired her. Officers from the City North Police Department, Jiang Yongtian from the Baoding Dongguan Police Station, and Wang Zhiwei from the Dongguan Neighborhood Association frequently went to Ms. Yang's home to harass her, attempting to force her to give up her belief in Falun Dafa.

The persecution also created a huge amount of stress on her family members. To escape from the reality of the situation, her husband drank heavily, and died of alcohol poisoning in March 2003. Their son could not withstand the shock and jumped from the sixth floor of a building in September, 2003, breaking his legs and teeth. The medical bills to save him came to tens of thousands of yuan.

The series of blows from the long lasting persecution badly traumatized Ms. Yang. She developed esophageal cancer, and later died on December 16, 2006.

“Where Are Our Divine Thoughts?”

“Returning to the Path of Cultivation”